Home › Articles & Blogs › Fungi: The Hidden Helper of our Woodlands

Fungi: The Hidden Helper of our Woodlands

The absence of the constantly searching mycelia of fungi would be detrimental to one organism in particular, one that many others rely on; trees.

By Richard Hassall on 1st November 2011 in Ecology 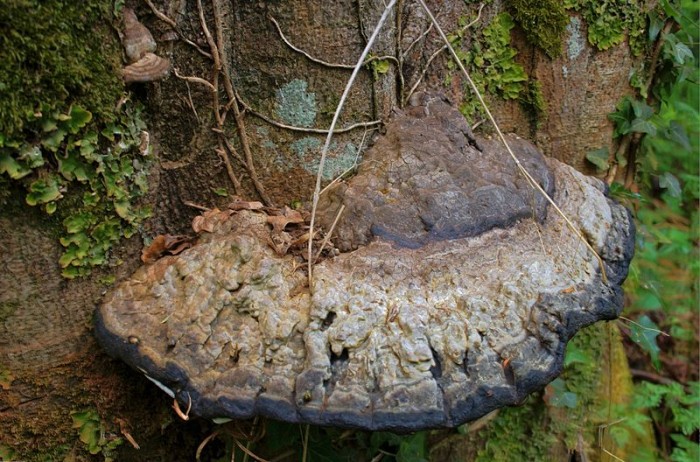 Every autumn mushrooms and toadstools erupt from the woodland floor, but these little fruiting bodies give no clues about the massive infrastructure that lies beneath the ground. They are the “tip of the iceberg,” if you will; it is what we cannot see that is crucial in sustaining woodland ecosystems.

The permanent part of fungi, known as mycelia, remains hidden. These small fibres form incredibly dense networks that weave their way through the substrate, decompose plant material and recycle nutrients back into the ecosystem. They are also a food source for many invertebrates. Mycelia are essential to the survival of a vast array of organisms.

The absence of the constantly searching mycelia of fungi would be detrimental to one organism in particular, one that many others rely on; trees. Trees have formed a symbiotic relationship with fungus which is basically a “you scratch my back, I’ll scratch yours” scenario.  These fungi are known as mychorrizal fungi and unlike many are not parasitic on trees. Tree roots are not as extensive as one might imagine. This poses a problem because while water is a constant resource given by the rain, nutrients must be extracted from the soil surrounding the roots. So what happens when all of these nutrients are depleted?

This is where the michorrizal fungi come in. The mycelia integrate with the root systems of trees. This permits the extraction of nutrients from the dense network of fibres that are constantly carrying out decomposition. In return for this service the tree grants the fungi access to sugars and carbohydrates produced from its leaves, something michorrizal fungi can not produce themselves. So both organisms have a lot to gain from this relationship, but how does this affect the bigger picture of a woodland ecosystem?

Many animals rely on trees for food and shelter. Insects lay their eggs in the dead wood of trees which provides protection for their young. Wood peckers rely on these insect larvae for food. This is an example of one strand of an intricate web emerging from trees, and therefore originating from fungi.