The first global overview of the illegal trade in wild orchids highlights the lack of attention received by this serious conservation problem and calls for more to be done to protect the plants. 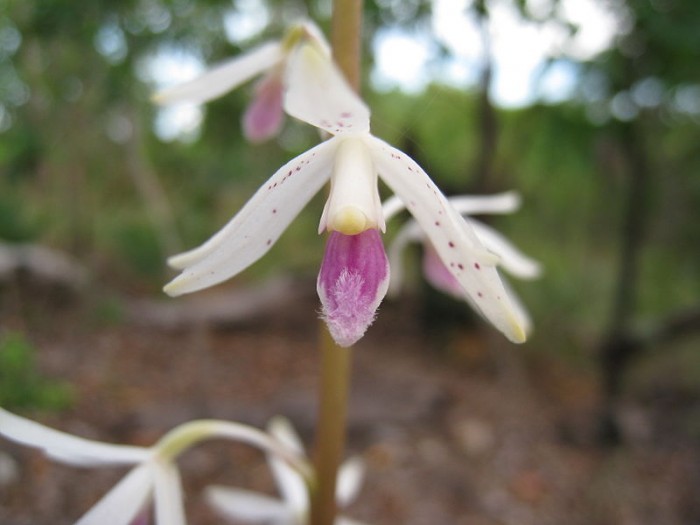 Large-scale commercial trade of wild orchids is a pressing, but little-recognised, conservation problem. So says researchers who are calling for more to be done to protect them in the first ever global overview of the illegal orchid trade.

Orchids are one of the largest families of flower plants in the world. On paper, they are among the most well protected, but the reality appears to be very different.

Orchids are highly sought after commodities, all over the world. Artificially propagated orchids are widespread, with more than one billion traded internationally over the last decade. Examples of their use include the edible orchid cake in Tanzania, ornamental orchids in Thailand and Brazil and for medicinal purposes in Nepal. Not forgetting the countless products containing the seeds of artificially propagated Vanilla orchids.

The majority of the global orchid trade consists of legal, greenhouse-grown flowers and plants. However, many orchid species are also harvested from the wild for local, regional and international trade. This is done without the necessary harvest or trade permits. As a result, there is renewed concern among plant scientists for orchid conservation in many parts of the world.

According to the first global overview of the illegal orchid trade, recently published in the Botanical Journal of the Linnean Society, a great deal more could be done to protect them. The overview was published by a group of international experts from the IUCN Species Survival Commission’s Orchid Specialist Group – Global Trade Programme.

Dr Jacob Phelps of Lancaster University said: “Orchids have been harvested from the wild for generations, but commercial trade in orchids is often being unreported, and so has garnered little attention. While many people think of orchids as only ornamental plants, orchids are also harvested, grown, and traded globally for use in a range of food products, as constituents within cosmetics, and traditional medicines. This review gives us the first glimpses into the massive scale and diversity of the illegal orchid trade globally, and of the conservation challenges ahead.”

Researchers took their review to the CITES (the Convention on International Trade in Endangered Species of Wild Fauna and Flora) meeting in Geneva in November last year with a plea for countries within the CITES Convention to do more to regulate trade of this critical plant group.

Dr Amy Hinsley of the University of Oxford said: “All species of orchids are listed on the CITES Convention, which sets rules about the international trade of protected species. Orchids represent more than 70% of species covered by the Convention, so we should we be talking more about them.”

The authors of the report say that this provides evidence that efforts to reduce the illegal wildlife trade are suffering from a distinct case of “plant blindness.” To address this, the authors conclude that the conservation community should focus on four key areas. Further research on trade dynamics and the impacts of harvest should be conducted, the legal trade of orchids should be strengthened, measures to reduce illegal trade should be adopted, and the profile of orchid trade among policy makers, conservationists and the public should be raised.