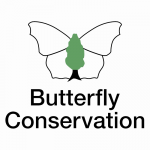 Butterfly Conservation was formed by a small group of dedicated naturalists in 1968 following the alarming decline of many beautiful butterflies.

Most British butterflies remain a cause for concern, with three quarters of our native species in decline. Four butterflies and over 60 moths became extinct last century. We aim to halt and reverse these declines. Our vision is of a world rich in butterflies for future generations to enjoy. Butterflies are beautiful and intrinsically valuable. Together with moths, their sensitivity to environmental change makes them valuable indicators of the health of the countryside.

Falling numbers are an early warning to all wildlife that cannot be ignored. We have more than 19,000 members in the UK and 32 volunteer Branches throughout the British Isles. We employ over 50 people including many highly qualified scientists, making us the world’s largest research institute for butterflies and moths. Our Chief Executive, Dr Martin Warren, has been praised for his work raising awareness of butterfly declines by BBC Wildlife magazine, which ranked him as one of the UK’s top 10 conservationists. We operate 34 nature reserves and we are leading or involved in 79 landscape-scale projects to conserve habitats.