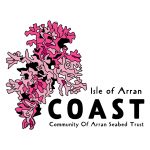 COAST is a multi-award winning marine restoration group established in 1995 by two local divers in response to the collapse of commercial fish stocks and the degradation of seabed habitats in the Clyde. Described by George Monbiot as ‘pathfinders’, COAST established Scotland’s first and only community-driven No Take Zone in 2008 after a 13 year campaign. We proposed the South Arran Marine Protected Area (MPA) in 2012 which came into full effect in 2016. COAST is a passionate volunteer-based organisation with a staff team committed to the full realisation of the environmental, social and economic potential of our MPA and the progressive development of Clyde marine management.