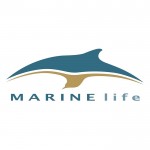 MARINElife is a UK-based charity established to coordinate and develop a growing portfolio of global cetacean and seabird research and monitoring projects. Through these projects and collaborations with like-minded organisations, we aim to further the conservation of the wildlife of oceans and coasts through scientific investigation and educational activities.

As a leading scientific data-recording organisation for Cetacea (whales, dolphins and porpoises), seabirds, and other marine wildlife, we have been carrying out work in the English Channel, North Sea and the Bay of Biscay since 1995. Our original and longest running project was the Biscay Dolphin Research Programme, historically conducted aboard P&O Ferries’ ‘Pride of Bilbao’ from Portsmouth to Bilbao until the end of September 2010.