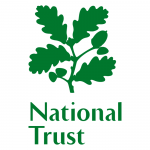 Knightshayes, on the outskirts of Tiverton, is home to 300 acres of mature Grade II * parkland and woodland, meaning it is classed as being of outstanding national importance. It has a huge collection of rare and significant trees, including turkey oaks, Douglas Fir and giant redwood and is also home to a huge variety wildlife, including bats, dormice and newts.

The gardens are of international importance, with over 1200 plant species unique to the collection at Knightshayes. Home to the only ‘Garden in a wood’ in existence, the collection is of nationally recognised importance. The fully restored and productive organic walled kitchen garden is also an exemplar of it’s kind, with many rare heritage fruit and vegetable varieties, as well as championing traditional growing techniques.

In addition, we also own ‘Buzzards’, an area of land consisting of three semi ancient woodlands, just north of Withleigh, to the west of Tiverton. The site is so called because of the presence of the bird of prey, the Buzzard.  The woodlands cover 120 acres of land, and slope down into a valley through which runs the tiny River Dart (not to be confused with its bigger sister!). The woodland is popular with local dog walkers, and is particularly spectacular in the spring, when it is carpeted with bluebells.