A global evaluation of population trends has led biologists to report that more than 30% of all vertebrate species have declining populations. Described as a “biological annihilation”, the results show that a sixth mass extinction is underway and is more severe than previously thought.

By Alex Taylor on 16th July 2017 in World Conservation Issues 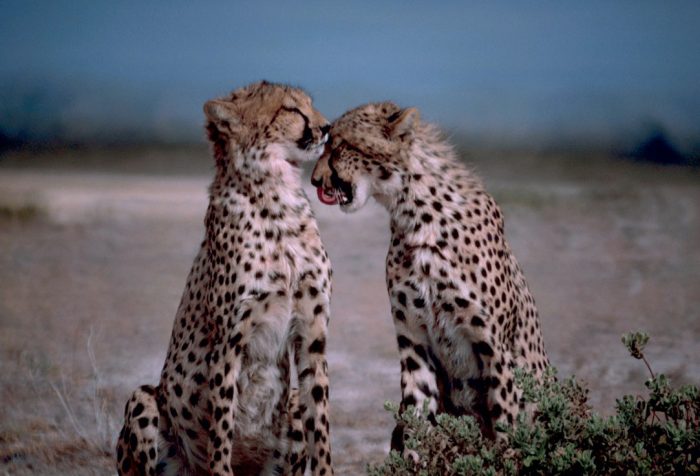 According to a recently published study, populations of animals all over the world are declining so rapidly that scientists say a process of “biological annihilation” is now ongoing. In the first such global evaluation of population trends, it was found that more than 30% of all vertebrate species are declining in number. The authors are now calling for a curb on the basic drivers of these losses, namely human activity.

On average two vertebrate species go extinct every year, but few people are concerned or even notice. Perhaps this is because the rate seems relatively slow, so is not a threat to the natural systems we depend on, or because mass extinction seems a distant catastrophe. But this overlooks the trends of extreme decline in animal populations, which have dire and cascading consequences that ripple throughout entire ecosystems.

The threat of extinction hangs over huge numbers of species thanks to humans spreading across the globe, building on animal habitats, spreading invasive species, overhunting, overfishing, and polluting environments. Climate change is also a major threat. The result is the conservative estimate that 200 species have gone extinct in the past 100 years.

This new study, published in Proceedings of the National Academy of Sciences, looks beyond actual species extinctions, instead focusing on how populations of species are faring to provide a clear picture of dwindling populations and ranges. The researchers mapped the ranges of 27,600 species of mammals, birds, reptiles and amphibians – a sample representing nearly half of known terrestrial vertebrate species. They also analysed population losses in a sample of 177 well-studied mammal species between 1990 and 2015.

Using range reduction as a proxy for population loss, the study finds more than 30% of vertebrate species are declining in population size and range. Of the 177 mammals analysed, all have lost 30% or more of their geographic ranges. More than 40% of those 177 mammals have lost more than 80% of their ranges. Particularly hard hit have been the mammals of south and southeast Asia, where all large-bodied mammals in the analysis have lost more than 80% of their geographic ranges.

The study’s maps suggest that as much as 50% of individual animals have disappeared, as have billions of animal populations. This amounts to “a massive erosion of the greatest biological diversity in the history of Earth,” the authors write. In particular, cheetahs have declined to around 7,000 individuals, fewer than 5,000 Borneo and Sumatran orangutans remain, African lions have fallen by 43% since 1993, pangolins (the most trafficked animal in the world) have been “decimated”, and giraffes now number under 100,000 individuals.

“The massive loss of populations and species reflects our lack of empathy to all the wild species that have been our companions since our origins,” said the new study’s lead author, Gerardo Ceballos of the National Autonomous University of Mexico. “It is a prelude to the disappearance of many more species and the decline of natural systems that make civilisation possible.”

The loss of populations and biological diversity matters not just because it precludes species extinctions and is morally unacceptable to devastate our fellow species in this way. The losses rob us of crucial ecosystem services such as crop pollination by honeybees, pest control, wetlands’ water purification and the maintenance of a livable climate. We also lose intricate ecological networks involving animals, plants and microorganisms, which leads to less resilient ecosystems. And we lose pools of genetic information that may in future prove vital to species’ survival in a rapidly changing global environment.

The authors suggest that previous estimates of global extinction rates have been too low, in part because scientists have been too focused on the complete extinction of a species. But it is not just species facing total collapse that we should worry about. Local population extinctions, where a species disappears from a specific region but not the whole planet, are a “prelude to species extinctions.” It is the declines in populations of animals that are not yet categorised as endangered that are the indicators of mass extinction.

The study calls the decline of animal populations a “global epidemic” and part of the “ongoing sixth mass extinction” caused by humans. The previous five being natural phenomena. It is now believed that the Earth has entered an era of mass extinction unparalleled since the dinosaurs died out 66 million years ago.

According to the authors, the overall scope of population losses makes clear the world has no time to lose to address the damage being done to biodiversity. They state: “We emphasise that the sixth mass extinction is already here and the window for effective action is very short, probably two or three decades at most. All signs point to ever more powerful assaults on biodiversity in the next two decades, painting a dismal picture of the future of life, including human life.”

Ceballos acknowledged that the study is written in unusually alarming tones for an academic research paper. “It wouldn’t be ethical right now not to speak in this strong language to call attention to the severity of the problem,” he says. “Scientists don’t give up their responsibility as citizens to say what they think about the data they’re gathering.” He also believes that an international institution is needed to fund global wildlife conservation.

The study’s authors call for action to be taken to halt the underlying causes of population declines – human overpopulation and overconsumption – and challenge society to move away from “the fiction that perpetual growth can occur on a finite planet.” Co-author Dr Paul Ehrlich said: “There is only one overall solution, and that is to reduce the scale of the human enterprise. Population growth and increasing consumption among the rich is driving it.”