In a first study of its kind, the impact of lions on giraffe populations has been researched. Findings indicate that lions reduce calf survival, which has implications for giraffe conservation and how their populations are managed in the wild. 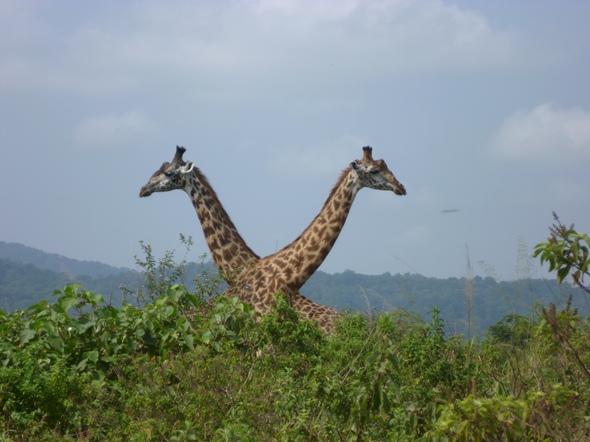 New research from the University of Bristol is calling for an urgent review into how populations of giraffes are managed in the wild when living alongside lions.

It is commonly accepted that lions are the only predators to pose a risk to giraffes on an individual basis but there has never been a study to investigate how the presence of lions impacts on the population as a whole.

Now, in the first study of its kind, published in the journal PLOS One, Bristol PhD student Zoe Muller has found that if lions are kept in the same conservation area as giraffes, the number of giraffe calves is likely to be reduced, maybe as much as 82%.

Zoe, based at the University’s School of Biological Sciences, said: “It is thought that lions preferentially target giraffe calves in the wild, and there is anecdotal evidence of this, including observations of lions eating young giraffe carcasses and of lion claw marks on adult females (thought to be a result of them defending their calves). However, no-one has ever investigated if this preference for hunting calves has an impact on the population as a whole.”

The study investigates how the population demography of giraffes differs between two adjacent sites – one with no lions, and one with a high density of lions – and found that the presence of lions has a significant impact on the demography of giraffe populations. In areas containing no lions, the giraffe population contained 34% of juveniles (individuals less than a year old) but in the presence of lions it only contained 6% juveniles.

Giraffe populations have declined by 40% in the last 30 years, and there are now thought to be fewer than 98,000 individuals remaining in the wild. In recognition of their drastic decline in the wild, they have recently been listed as ‘Vulnerable’ on the International Union for Conservation in Nature’s Red List of Threatened Species.

However, conservation review is ongoing due to current debate over their taxonomic status, since some subspecies may be even more at risk of extinction than is currently recognised.

Zoe added: “This research has significant practical implications. Giraffes are a threatened species, suffering ongoing decline in the wild, and this research highlights how managing giraffes alongside lions inside a conservation area (a common practice in Africa) has detrimental effects for giraffe populations. The continual loss of juveniles within a population due to lion predation may lead to an unrecoverable situation where the population crashes, since population growth and sustainability rely on enough calves surviving until they are sexually mature. This research highlights the need for an urgent reassessment of how populations of giraffes are managed in the wild, given their Vulnerable Red List status and severe and ongoing decline.”

The next steps for this research will be to replicate the findings in other areas of Africa. This is one case study from East Africa, and more research is needed to see if lions create the same effects in other giraffe populations.