A recent study has discovered that more than 38% of Neotropical parrot populations on the American continent are under threat of extinction, and human activities such as hunting for the local and international trade and habitat loss are to blame. 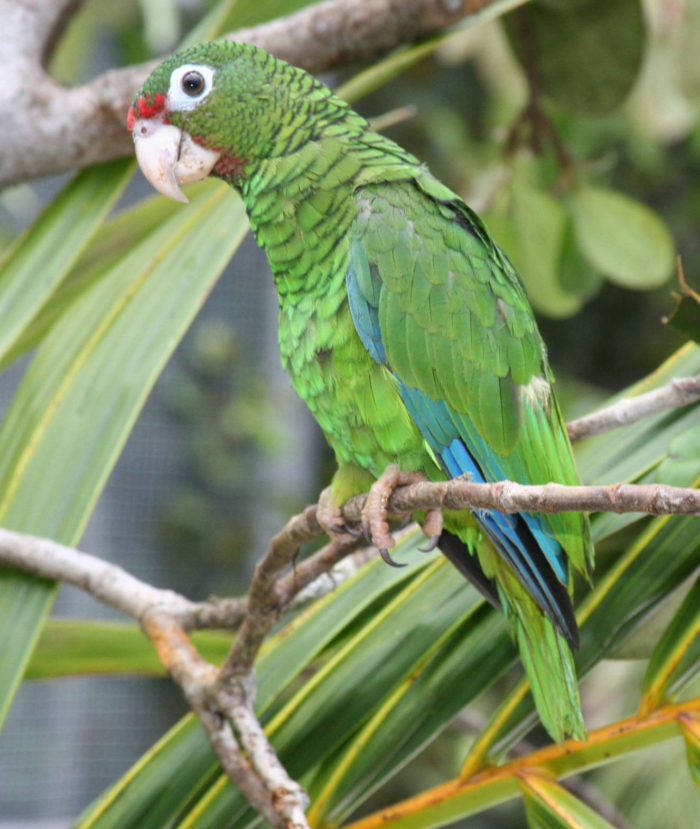 More than 38% of the Neotropical parrot populations in the American continent are under threat, due to the impact of human activity. Hunting for the local and international trade, as well as the loss of natural habitat, are the main reasons for the decline in populations of these species. This is according to a study recently published in the journal Biological Conservation, which was a collaboration between 101 experts from 76 institutions and non-governmental organisations. The wide-ranging study determined the main threats to 192 populations of 96 Neotropical parrots in 21 different countries.

Capture of parrots for the pet trade is a huge threat. From 1980 to 1990, millions of individual birds were captured and taken to the United States and Asia. This removal of parrots could be the cause of the decline and local extinction of many species, such as the Spix’s macaw – currently one of the most threatened species in Brazil and the subject of an intense captive breeding programme. This species was actually thought to be extinct in the wild as it had not been seen since 2000, but was re-discovered when a 16-year-old girl recorded a video of one in Brazil on her mobile phone last year. In Africa, the trade of the grey parrot, considered to be one of the most intelligent species of birds in the world, has played a large role in its disappearance from Ghana and other parts of the continent. Other species affected are the sun parakeet and the brown-backed parrotlet, both of which are in an extremely vulnerable situation due to their small population sizes.

The Wild Bird Conservation Act (1992) in the United States, and the permanent ban on the wild bird trade set by the European Union in 2007, contributed to the reduction of international trade in the big markets. However, South America, Southeast Asia and the Middle East are still playing a significant role in the legal and illegal trade.

Some countries in the Neotropical region have reinforced their laws to protect wild parrots, such as Mexico and Nicaragua. Yet Bolivia, Brazil and Peru have worryingly high levels of local trade.

Agricultural activity, selective large-scale logging and other human activities have altered the natural habitat of parrot species. Combined with the trade in wild birds, this is risking 38% of the populations of Neotropical parrots. But, according to the experts, the situation could actually be even worse than they have estimated.

Juan Carlos Guix, from the Department of Evolutionary Biology, Ecology and Environmental Sciences at the University of Barcelona, and one of the study’s many authors, says: “It would be necessary to promote actions aimed at the effective preservation of habitats and preserved natural areas. Moreover, it should be necessary to create social and educational programs with the people who live around the natural preserved areas, and provide security and the illegal trade audit with more resources.”