Genetic rescue, the process where inbred populations receive genes from another, healthy population, has for the first time been used to increase the population and help the future survival of the endangered mountain pygmy possum. 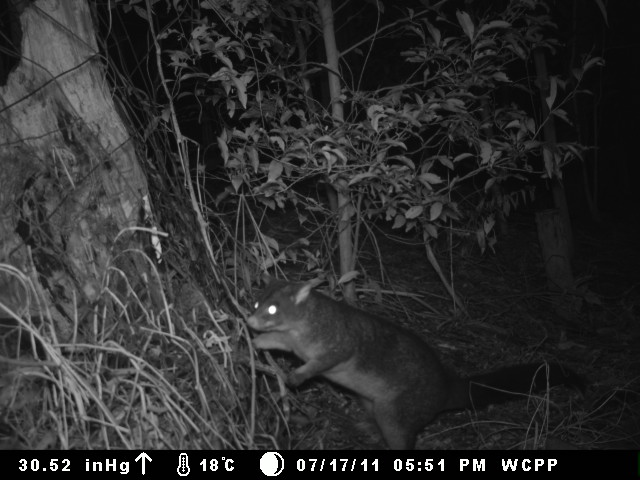 For the first time, a breeding technique known as genetic rescue has been shown to increase population numbers and survival rates of the endangered mountain pygmy possum. Population levels are now the highest they have been for over two decades. The study was published in the international journal Nature Communications.

Genetic rescue is the process where inbred populations (where individuals are mating with close relatives because their populations are too small) receive genes from another population. This can be natural, but it is also a tool used in conservation to increase the overall genetic diversity of the population. In this study, genetic rescue was used to introduce male mountain pygmy possums from a healthy population at Mount Hotham to a recipient group of females at Mount Buller, both in the state of Victoria, Australia.

These two groups had become physically isolated from each other over 20,000 years ago. The isolation had led to inbreeding and a lack of the genetic variation that is essential for overcoming disease and ensuring that the population can thrive.

Dr Andrew Weeks from the University of Melbourne led the study, and says that since the genetic rescue programme began in 2011, the possum population has experienced rapid growth and is now larger than it was when the population was first discovered in 1996.  “Before 2010, there was thought to be only a handful of individuals at Mt Buller. Now, Mt Buller females from the genetic rescue are bigger and have more offspring that survive longer than the progeny of pygmy possums born outside the program. We now estimate the population to be over 200 possums,” he says.

Alongside the genetic rescue, there was also a programme of habitat restoration, predator control and environmental protection instituted by the land manager. This was essential to avoid the reversal of the benefits brought by genetic rescue, if the population cannot expand or still faces the threats that reduced the population in the first place.

A genetic rescue programme is now underway to help another species under threat – the critically endangered eastern barred bandicoot at Mount Rothwell Conservation Centre near Little River, also in Victoria. The long-term hope for genetic rescue is that it will provide endangered animals with enough genetic variation to adapt and evolve to new challenges, especially man-made threats such as climate change.

Co-author Professor Amy Hoffmann says: “These animals are now facing an extra threat. They are experiencing physical isolation and introduced predators as well as climate warming. The hope is that animals can adapt if we give them the genetic tools to do so. We have shown the technique is successful in the mountain pygmy possum, and hope the eastern barred bandicoot can recover if they are also given enough support.”