Natural habitats are being converted to agriculture or urban landscapes all too rapidly. A ground-breaking study has shown that it will be small invertebrate predators that will be most affected by this. 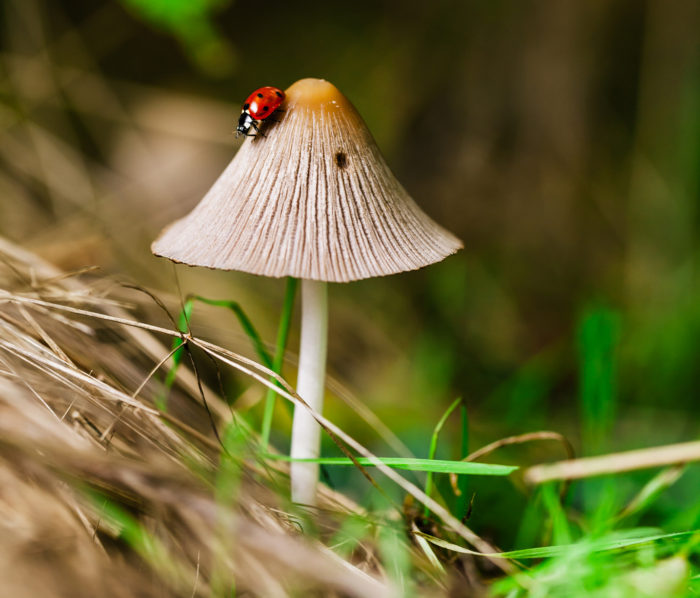 A first of its kind, global study on the impacts of human land-use on different groups of animals has found that predators, especially small invertebrates like spiders and ladybirds, are the most likely to be lost when natural habitats are converted to agricultural land or towns and cities. The findings are published in the British Ecological Society journal Functional Ecology.

Small ectotherms (cold blooded animals such as invertebrates, reptiles and amphibians), large endotherms (mammals and birds) and fungivores (animals that eat fungi) were also disproportionally affected, with reductions in abundance of 25-50% compared to natural habitats.

The researchers analysed over one million records of animal abundance at sites ranging from primary forest to intensively managed farmland and cities. The data represented over 25,000 species across 80 countries. Species were grouped by size, whether they were warm or cold blooded and by what they eat. Species ranged from the oribatid mite weighing only 2×10-6g, to an African elephant weighing 3,825kg.

Dr Tim Newbold at UCL (University College London) and lead author of the research said: “Normally when we think of predators, we think of big animals like lions or tigers. These large predators did not decline as much as we expected with habitat loss, which we think may be because they have already declined because of human actions in the past (such as hunting). We find small predators – such as spiders and ladybirds – to show the biggest declines.”

The loss of these insects echoes several other studies that have emerged in recent years. A study last year suggested that 40 percent of all insect species are in decline and could die out in the coming decades. In 2017, a group of European researchers found that insect abundance (as measured by biomass) in Germany had declined by more than 75% within 63 protected areas over the course of just 27 years. And in 2018, another study found that, within a relatively pristine rainforest in Puerto Rico, the biomass of insects and other arthropods like spiders had fallen between 10- and 60-fold since the 1970s.

Spiders may not be everyone’s favourite animal but declines in their numbers may have serious impacts. They eat the insects that would otherwise be eating the crops we rely on for food. And they keep populations of insects that bite us to a minimum, reducing our exposure to diseases. Ladybirds are also an important part of the food chain, as they too keep plant-eating insect numbers down by feeding on the ones we consider to be pests, on our farms and in our gardens.

The results of this study indicate that the world’s ecosystems are being restructured with disproportionate losses at the highest trophic levels (top of the food chain). Knowing how different animal groups are impacted by changing land-use could help us better understand how these ecosystems function and the consequences of biodiversity change.

The conversion of land to human use is associated with the removal of large amounts of natural plant biomass, usually to give space for livestock and crops. The limiting of the quantity and diversity of resources available at this level potentially explains the disproportionate reductions in predators seen in this study. As you go up the trophic levels (food chain), resource limitations are compounded through a process known as bottom-up resource limitation.

The study is part of the PREDICTS project which explores how biodiversity responds to human pressures. The researchers analysed 1,184,543 records of animal abundance in the PREDICTS database, gathered from 460 published scientific studies. This database included all major terrestrial vertebrate taxa and many invertebrate taxa (25,166 species, 1.8% of described animals).

Species were sorted into functional groups defined by their size, trophic level (what they consumed) and thermal regulation strategy (warm or cold blooded). The type of land-use at each of the 13,676 sample sites was classified from the description of the habitat in the source publication. The six broad categories were primary vegetation, secondary vegetation, plantation forest, cropland, pasture and urban. Three levels of human use intensity were also recorded: minimal, light and intense.

Dr Newbold explained that studies like this are limited by the available data: “As with all global studies, we are limited in the information that is available to us about where animals are found and what they eat. We were able to get information for more animals than ever before, but this was still only around 1 out of every 100 animals known to science.”

The researchers also observed biases in the spread of data across types of land-use, animal groups and parts of the world. “Natural habitats and agricultural areas have been studied more than towns and cities. We think this is because ecologists tend to find these environments more interesting than urban areas as there tend to be more animals in them,” said Dr Newbold. The researchers also found that large parts of Asia were under sampled for several functional groups. Birds were also better represented among vertebrates and insects better represented among invertebrates.

The researchers are now interested in exploring how groups of animals that play particularly important roles for agriculture, such as pollinating or controlling crop pests, are affected by habitat loss.