‘Beacon of Hope’ for Tropical Biodiversity

The fragmentation of tropical rainforests is causing a wave of species extinctions, but a new study has found that the regeneration of secondary forests causes many species to return. 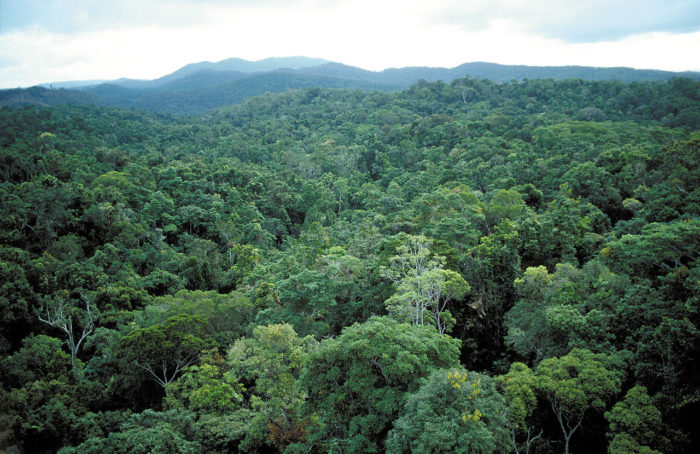 Tropical forests are incredibly biodiverse – they support at least two-thirds of the world’s biodiversity despite covering less than 10% of Earth’s land surface. Yet they are the most endangered ecosystems in the world. Therefore, deforestation poses a serious threat to biodiversity, and this is fuelling a tsunami of tropical species extinctions.

However, it is not all doom and gloom. A new study, conducted in the Brazilian Amazon and published in Scientific Reports, suggests that ecological cataclysms driven by the fragmentation of the forest can be reverted by the regeneration of secondary forests. This offers a beacon of hope for tropical forest biodiversity around the world.

The study was conducted at the Biological Dynamics of Forest Fragments Project, jointly run by the Smithsonian Institute and the Brazilian Institute for Research in the Amazon. The international team of researchers found that species strongly associated with primary forest were heavily depleted after 15 years of man-made disruption including the burning and clearing of forest stands.

However, 30 years down the line, and with the regeneration of secondary regrowth, many of the species that had abandoned the area had made a comeback. “If you compare the time periods, it is apparent that taking a long-term view is paramount to uncovering the complexity of biodiversity in human-modified landscapes,” said senior researcher Dr Christoph Meyer, lecturer in global ecology and conservation at the University of Salford.

The study measured the impacts of forest break-up on 50 species of bat (approximately 6,000 animals). Bats comprise roughly one-fifth of all mammal species and display wide variation in foraging behaviour and habitat use, making them an excellent model group for the research.

“The responses exhibited by bats offer important insights into the responses of other taxonomic groups,” says Ricardo Rocha, lead author of the study from the University of Lisbon.

“The recovery that we have documented mirrors the patterns observed for beetle and bird communities within the Amazon. These parallel trends reinforce the idea that the benefits of forest regeneration are widespread, and suggest that habitat restoration can ameliorate some of the harm inflicted by humans on tropical wildlife,” he added.

The results of the current study contrast with the catastrophic faunal declines observed during a similar time window in rodent communities in the ‘forest islands’ of the Chiew Larn reservoir in Thailand.

“The recovery observed at the Amazon was mostly due to the recolonisation of previously deforested areas and forest fragments by old-growth specialist bats. This recolonisation is likely attributable to an increased diversity and abundance of food resources in areas now occupied by secondary forest, fulfilling the energetic requirements of a larger set of species,” explains Rocha.

However, the short-term nature of most studies has substantially impaired the capacity of researchers to properly capture the intricate time-related complexities associated with the effects of forest fragmentation on wildlife. Clearly, conservationists must use a longer time scale to observe the impacts on species and ecosystems, as more positive outcomes such as this one may emerge.