Andean bears are threatened by climate change and habitat loss. A new study has revealed that water is a rare but critical resource, and important for their survival. 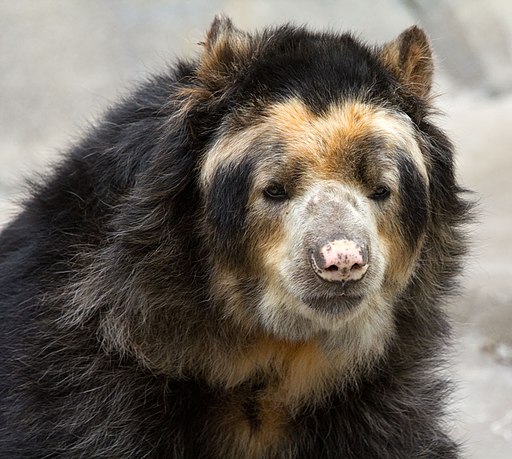 A new study is shedding light on the importance of one critical resource for Andean bears living in the dry mountain forests of Peru – water. The study was a collaboration between the Norwegian University of Life Sciences and San Diego Zoo Global, with assistance from the Spectacled Bear Conservation Society-Peru. The scientists found that Andean bears focus much of their tree-rubbing behaviour on shrubs and trees that are located on trails near water holes. Bears typically bite, claw and rub their body parts on trees, which is believed to be an important form of communication with other bears in the region. The discovery that this behaviour occurs near water holes could have implications for future conservation programs.

“It may seem obvious that water holes would be an important resource for Andean bears living in tropical dry forests – however, these results suggest that water holes are significant not just as sources of drinking water, but also as important sites where bears communicate with one another. Because water holes are often the focus of activity by humans and their livestock, conservation planners will need to balance the interests of people and Andean bears in future programs,” said Russ Van Horn, a co-author of the study and scientist at San Diego Zoo Global.

Andean bears are listed as Vulnerable on the IUCN’s Red List of Threatened Species. They are native to the Andean countries of South America, and are sometimes known as spectacled bears because of white or light fur around their eyes. San Diego Zoo Global has been working with local partners to research and protect Andean bears in Peru. Andean bear habitat is being lost at a rate of about 2 to 4% per year as it is destroyed for mining operations, farming and timber harvest. The construction of new roads also fragments bear habitat. In addition, climate change is altering the bear’s habitat in unpredictable ways. Andean bears now primarily live in dense mountain forests, making the species difficult to study. The dry tropical forest where this study occurred is more open than other kinds of Peruvian forests, making field research easier.

The paper detailing results of the study, recently published in the journal Ursus, reported that while Andean bears didn’t show a particular preference for tree-rubbing species, the locations of rubbed trees and shrubs were concentrated on trails near water holes. In the tropical dry forests of Peru, water is a relatively rare, albeit critical resource. Consequently, since livestock in the area also make use of water resources, conflicts may result between humans and bears.

This study is part of a larger effort by San Diego Zoo Global researchers and local partners to better understand Andean bear behaviour and ecology. Andean bears are considered an umbrella species in the region, meaning that conservation programs aimed at protecting Andean bears will indirectly benefit other species in the Andes Mountains.