Cutting-edge DNA barcoding technology has shown that the majority of shark fins and manta ray gills sold around the world come from endangered species, and are therefore illegal to trade. 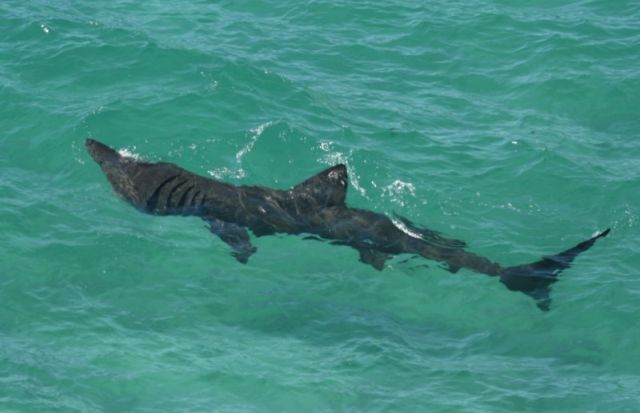 Shark finning, the removal of fins from live sharks, is a major threat to sharks and rays all around the world. It is a widespread practice and largely goes unmanaged and unmonitored. Shark finning has increased in prevalence over the past decade due to the increasing demand for fins (for “traditional medicine” and shark fin soup) and improved fishing technology and market economics. It is estimated that 100 million sharks are killed for their fins annually. With one pound of dried shark fin retailing for $300 or more, it is a multi-billion dollar industry.

A new study published in Scientific Reports has revealed that the majority of shark fins as well as manta ray gills sold around the globe come from endangered species. Using cutting-edge DNA barcoding technology, researchers found that 71% of dried fins and gills collected from markets in Canada, China and Sri Lanka come from species listed as at risk of extinction, and therefore banned from international trade.

“Despite the controversy around shark fin soup and the fact that many of these species are threatened there is still a large market for shark fins and a growing demand for ray gill plates,” said Dirk Steinke, integrative biology professor and member of the Centre for Biodiversity Genomics. “It’s an area that until now has been hard to enforce because shark fins are dried and processed before they are sold making it difficult to identify the species.”

The researchers collected 129 market samples representing 20 shark and ray species. Twelve of those species, including whale sharks, are listed as protected and illegal to trade under the Convention on International Trade in Endangered Species (CITES). CITES is an international agreement between governments, which aims is to ensure that international trade in specimens of wild animals and plants does not threaten their survival. It works by subjecting international trade in specimens of selected species to certain controls. All import, export, re-export and introduction from the sea of species covered by the Convention has to be authorised through a licensing system.

“We were surprised to find whale shark fins and gills were being sold,” said Steinke. “This magnificent animal has been on the CITES Appendices since 2003.”

“DNA barcoding is an ideal tool when identifying dried samples or samples that have been processed,” said Steinke. “It provides enforcement agencies with a method for detecting whether the fins and gills that are being sold are legal or illegal imported species.”

Almost half of the world’s 1,200 species of sharks and rays are listed as threatened by the International Union for Conservation of Nature, including 20 that may not be traded internationally.

“This study has shown that DNA barcoding can be a method to help prevent protected species from hitting the market.”