With only approximately 6,000 snow leopards left in the wild, time is running out. 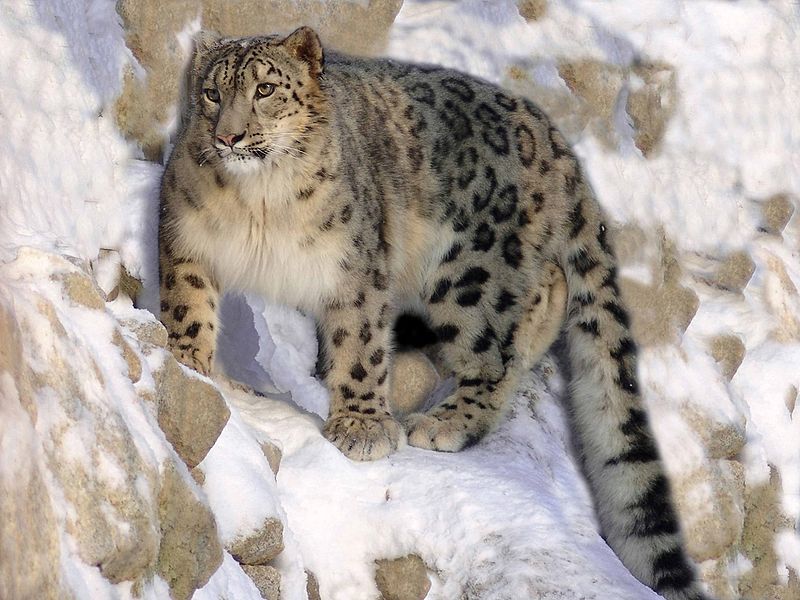 The global trade in cashmere is booming. Most people who buy it don’t know where it comes from, but as demand grows goat herders in Central Asia are expanding their stock in search of increased profits. Yet a new report published recently in the journal Conservation Biology has shown that this short-term economic gain is harming the local ecosystem and threatening species, including endangered snow leopards.

Ninety percent of the world’s cashmere comes from the vast open spaces of Mongolia and China’s Tibetan Plateau. Cashmere production is not new, but the global market for it has dramatically increased, in fact, in the last 20 years the number of domestic cashmere goats has almost tripled. In Mongolia for example, the number of goats has grown from about 5 million in 1990 to almost 14 million in 2010.

This means that they are encroaching on the natural habitat of the snow leopard and their prey. As the goat herds devour local plants, native herbivores (including the Saiga antelope, Tibetan chiru, the Himalayan bharal) lose their source of food and as their populations go down, the number of snow leopards that an area can support also goes down because they in turn are losing their source of food. Instead, the leopards hunt the goats and as a result are the victims of “retaliatory killings” by humans protecting their livestock.

Other consequences of this conflict are the killing of wild animals by the herders’ dogs, and the transfer of disease from livestock to wild animals. Therefore it is not just the snow leopards that are affected, other species threatened by the growing cashmere trade include wild yak, the Przewalski horse, gazelles and the only remaining wild camel species, the Bactrian camel.

The authors of the study, produced by the Wildlife Conservation Society and the Snow Leopard Trust, recognise that cashmere production is an important source of income for local communities, but believe that much work needs to be done to reduce the impact on local species. The Snow Leopard Trust intends to “bring together some of the local communities and the buyers from the international market” to try to ensure that grazing is more sustainable and allows the co-existence of wild and domestic animals. Perhaps “green labelling” of cashmere clothes could help raise awareness to the issue, or another solution may be to provide financial incentives for farmers who leave space for herbivores and do not kill snow leopards.

With only approximately 6,000 snow leopards left in the wild, time is running out.