In one such state, Idaho, wolves are doing well, numbering over 740 wolves. However, with more wolves, there has been more conflict with livestock farmers. 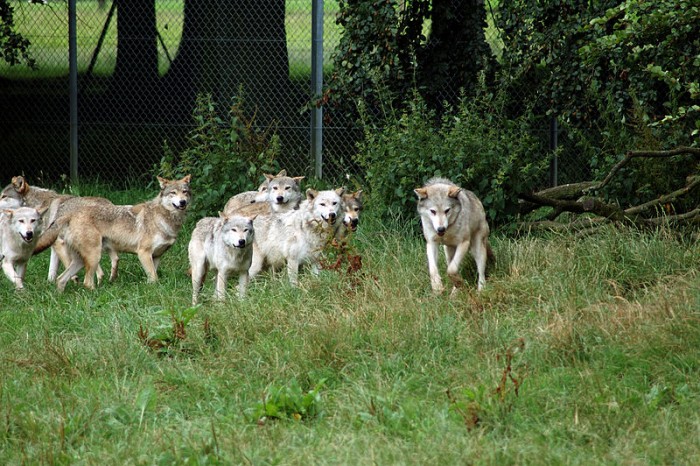 The relationship between wolves and humans has always been a difficult one, especially in North America. Decades of hunting, trapping and poisoning caused populations to fall to extremely low levels. In the mid-1990s, wolves were re-introduced into several US states and ever since, numbers have rebounded to such an extent that many of these states have exempted wolves from protection under the Endangered Species Act.

In one such state, Idaho, wolves are doing well, numbering over 740 wolves. However, with more wolves, there has been more conflict with livestock farmers. One organisation, Defenders of Wildlife, has been working in Idaho for the past 4 years to reduce this conflict through nonlethal means. The Wood River Wolf Project covers 1,200 square miles in Blaine County in central Idaho. It was set up in 2008 with collaboration from government officials, the Forest Service, Idaho’s Department of Fish and Game and local partners who support alternative ways of protecting wolves in a predominantly sheep-grazing county.

Field technicians work over the summer months to deter wolves from attacking the more than 10,000 sheep in the area through a number of strategies. Their human presence at night near the flocks is often enough to scare the wolves away, but if that does not work they shout loudly, shine a flashlight, blow an air horn or even fire a small pistol into the air. They also set camera traps to gather information on the behaviour of the wolves in order to manage the animals in ways other than sanctioned killing – if a good opportunity arises, wolves may occasionally kill livestock and do not break the habit easily, so the wolf is often killed as a result.

Most in Blaine County are traditionally pro-hunting and trapping, but the project is changing attitudes and gaining support. Since the start of the project, fewer than 2 dozen sheep out of 10,000 were killed by wolves, and so far in this year’s hunting season no wolves have been killed by locals in Blaine County. Defenders of Wildlife do not have enough field technicians for every ranch, but are offering free consultations for ranchers on non-lethal deterrents such as brightly coloured flags around the ranch, or even the use of guard dogs. They have also set up a hotline for ranchers who need immediate assistance if they suspect wolves are nearby.

It is hoped that with fewer conflicts, ranchers will become more tolerant of wolves and they will be allowed to thrive alongside their human neighbours.