Two scientists from the University of Montana made the connection between the decline of deciduous trees and a decrease in songbird populations in the mountains of Arizona. 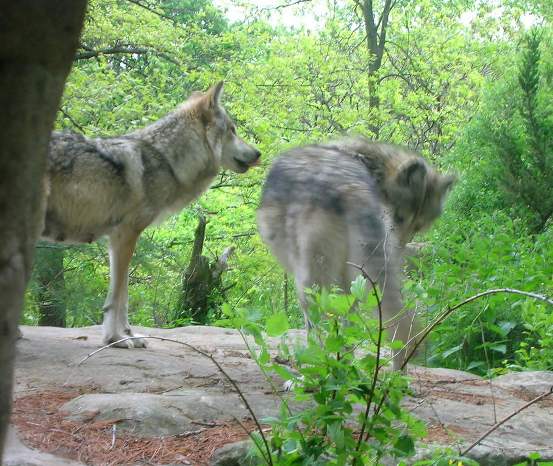 Much evidence has been presented recently regarding the negative impact of climate change on birds. Less attention however, has been paid to the other factors involved in their decline. Songbirds in the USA are threatened by the over-browsing of plants by a species that benefits from climate change, elk. As the plants are used by the birds for cover and nest sites, this has become a serious problem.

Browsing by elk has intensified during the past 20 years. Rising temperatures have led to a decrease in the snow pack at elevations above 8,000 feet, allowing the elk to remain at higher elevations for longer, therefore spending more time browsing.

In a study published earlier this year, two scientists from the University of Montana made the connection between the decline of deciduous trees and a decrease in songbird populations in the mountains of Arizona. The scientists constructed three 25-acre enclosed test sites, surrounded by 8 foot tall fences in order to keep the elk out. They discovered that, within these sites, the deciduous trees rebounded and the songbird populations grew – in some cases, the number of songbirds tripled within the test sites.

In the Yellowstone region, songbirds have also experienced declines due to the over-browsing of stream side habitat by elk. Yet the introduction of wolves around 15 years ago has actually facilitated the regrowth of plants and thus the return of the songbirds. Wolves predate the elk, and by keeping the elk on the move, over-browsing of one particular area is prevented. The wolves, as a keystone predator, are also aiding the return of other species, such as frogs and beavers. Without wolves, and with much less snow, there are fewer elk deaths and fewer carcasses, meaning that there is a food shortage for the many scavengers in the area. Where wolves are present though, there is a year-round food supply to support ravens, eagles, coyotes and bears.

Now that the link has been proved, perhaps the return of the Mexican wolf will aid songbird recovery in Arizona, if that is allowed to happen. This study not only highlights the importance of plant communities on the survival of many species of birds, but also adds to growing evidence showing that wolves, and other predators, are vital for the resilience of entire ecosystems in the face of environmental changes brought by global warming.