The negative impact of roads on species of carnivore has been seriously underestimated, according to a new study. The authors say that the protection status of species affected by roads cutting through their habitat should be reconsidered. 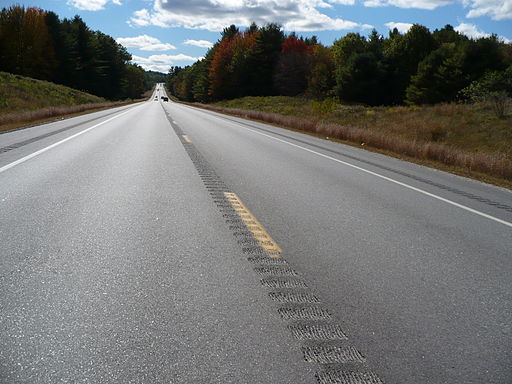 Image: By SayCheeeeeese (Own work) [Public domain], via Wikimedia Commons

The effect of roads on carnivores has been underestimated in global species conservation, according to a new study published in Global Ecology and Biogeography. This is the first comprehensive study on the topic, led by team of researchers from Portugal and Germany, who say that the protection status of several species affected by roads cutting through their habitat should be reconsidered.

The study offers new insights for the protection of well-known species such as black and brown bears and the puma – species which are among the many whose survival in the long-term is most seriously threatened by roads, but for which this hazard has not been fully acknowledged.

The researchers considered a total of 232 carnivore species around the world, and assessed how severely they are affected by roads within their habitat. To do this, they considered factors such as the natural mortality rate, the number of offspring and the movement behaviour of the species. They were then able to calculate the maximum density of roads that a species can tolerate, and also determined the minimum area of unbroken habitat that a species needs to maintain an enduring healthy population. They finally compared this information with road network data.

“Our results show that North America and Asia are the regions with the highest number of species most negatively influenced by roads, followed by South America and Europe,” explains Ana Ceia Hasse, lead author of the study. “But while we had already expected that carnivores would suffer particularly in regions with greater road density, we were surprised to find that even in regions with relatively low road density there are species that are threatened by roads.” In Africa, for example, roads have a significant effect on the habitats of leopards. This is because sensitive species that naturally cover greater distances can be restricted by comparatively few roads. “We did not simply lay roads and habitats of species over one another, but also considered the specific characteristics and requirements of the species in our calculations. In this way we could also identify species that react sensitively to even only a few roads.”

Among the 5% of carnivores – totalling 17 species – that are most affected by roads, nine are currently categorised as ‘least concern’ by the IUCN, which means that they are not regarded as endangered. Particularly under threat is the Iberian lynx. With only a few hundred remaining, the study predicts that they will die out in the next 114 years. However, other species not recognised as endangered but threatened by roads includes the Japanese badger and the Japanese marten – they are predicted to die out in nine and 17 years respectively. “Our results show the necessity of updating the protection status of these species, whose threat from roads has previously been underestimated,” insists co-author Prof Henrique Pereira.

The methods established in this new study can be used in future for applied purposes, for example, for local protection measures or environmental assessments. Animals that are most affected are those that require a large area of habitat for their long-term survival, so in future the impact of roads on species, endangered or otherwise, should be considered more seriously.