Fish Discard: Change is Coming to the Arena of UK Conservation

Due to the nature in which they are caught (long line and trawls), close to 100million sharks are caught as by-catch annually and thrown back as waste. 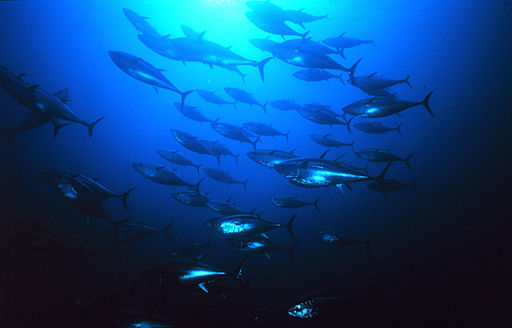 As low stocks and collapsed fisheries become an increasingly bleak reality, ‘by-catch’ and ‘discard’ – the disastrous upshots of fishing- are fast occupying a place at the forefront of UK conservation concerns.

You may ask, ‘what is by-catch and discard? Why should you want to change this? By-catch is the organisms caught alongside desired species. One of the main culprits of this, is tuna fisheries. Due to the nature in which they are caught (long line and trawls), close to 100million sharks are caught as by-catch annually and thrown back as waste.

Discard is when fish are thrown back (whether it’s due to quota, size or species) often dead or dying. This can be caused by the method of fishing, amount of time out of water or due to the damage caused by dragging the fish to the surface which affects their swim bladder and other organs (especially in deep sea species).

Many scientists regard this as a senseless waste that is avoidable by a careful and effective changes in both the techniques used and the target species. Support has been growing against the amount of fish discarded each year, furthered by Channel 4’s programs and petition lead by Hugh Fernley-Whittingstale.

In the North sea alone, it is estimated that 800,000-950,000 tonnes are discarded annually. The amount of discard can be affected by numerous factors, such as: fishing gear, environmental factors, quotas and fishing behaviour. Many issues have arisen as aresult of consumer selection – the species of fish in demand by us, the consumers – which are generally slow growing/slow reproducing organisms (such as cod and orange roughy). Consequently, it becomes difficult for them to recover from heavy fishing which can ultimately lead to the fishery’s collapse; as seen when the Orange Roughy fishery collapsed on the coast of New Zealand and Australia.

UK fisherman have come onboard to join in the efforts towards reducing the amount of cod caught, backed by the support and pressure from well known patrons such as Prince Charles.

Concerns have been raised about the way these changes will be undertaken and conservation groups are striving to ensure that while discard is being banned, overfishing doesn’t start to rise. The UK government is suggesting that the commission looks at the success that previous projects in British waters have had. For example, the UK and Scottish governments have also been trialling a Catch Quota Scheme for cod, under which all fish landed count towards a quota.

Meanwhile, there are lots of things that we, as consumers can do! A great way to start is to be more selective about the way our food is fished, avoiding trawled and slow growing species. Another thing you can do, is get yourself on the internet and download a good fish guide  to help you through your shopping bag. Finally (and frankly the most interesting) is to watch Hugh’s Fish Fight and join the petition.

Have you got an opinion on ‘fish discard’ and ‘by-catch’ or insights/findings to share?

Are you involved with a campaign or project that you’d like to tell us about?

Got questions for Amanda and other conservationists?

Thank you for your participation.