Decades of in depth monitoring, alongside genetic analysis, has revealed that climate change and food availability are having a serious impact on a population of fur seals on South Georgia in the South Atlantic Ocean. 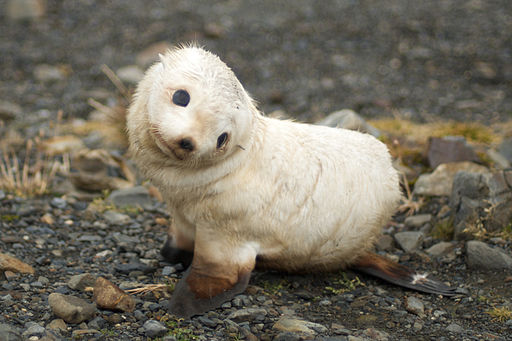 The British Antarctic Survey’s Long Term Monitoring and Survey Programme has yielded some unique insights into the life histories of Antarctic Fur Seals. Decades of in depth monitoring, alongside genetic analysis, has revealed that climate change and food availability are having a serious impact on a population of fur seals on South Georgia in the South Atlantic Ocean.

Researchers from the British Antarctic Survey (BAS) and Bielefeld University in Germany published their findings in the journal Nature last month. Data from 1981 to the present was used to assess changes over generations of female fur seals. The lead author of the study, Dr Jaume Forcada from BAS, explains: “Compared with 20 years ago, we can see that female fur seals are now born with a lower weight [8% less body mass], those that survive and return to breed tend to be the bigger ones and they have their first pup later in life than they used to [by at least one or two years]. Such changes are typically associated with food stress. An important food source for the seals is Antarctic krill. Decades of data collected at South Georgia show how changes in the seal population have occurred over time with changes in krill availability. Even if krill is very abundant, environmental variation determines its availability in the seals’ feeding grounds. This environmental variation is driven by the climate which impacts local atmospheric, sea ice and oceanographic conditions. Adverse climatic conditions are typically associated with low krill availability, and reduce the survival and breeding success of fur seals.”

The production of krill is heavily dependent on sea ice, which they use for protection and as a food resource – they eat the algae that grows on the undersides of floes. Unfortunately, in recent years sea ice in Antarctica’s western sectors has been declining as global temperatures increase.

The DNA of the fur seals showed that mothers today have a wider genetic diversity – they are more ‘heterozygous’ – than 20 years ago. Genetic diversity is good because it is associated with higher fitness and enables a population to better withstand disease and environmental stress. These females are more likely to survive and to breed. However, heterozygosity is not an inherited characteristic, which means that offspring will only be heterozygous by chance – it will depend who the female mates with. Many seals born now are not heterozygous, with low genetic variation, and are therefore less able to cope with their changing environment.

Co-author of the study, Dr Joe Hoffman from Bielefeld University, says: “…with each new generation, the process of selection has to start all over again, with only those individuals that happen to be born more heterozygous having a good chance of survival. As the climate continues to change, many fur seal pups are not surviving to adulthood and the population is declining.”

Antarctic fur seals were once over-exploited by humans but are now fully recovered and are an abundant species. However, this study reveals that they are unable to keep up with changes brought by climate change and, as breeding success drops, their numbers are falling once again.