A number of threats such as habitat destruction and poaching have caused tiger populations to plummet. As they do so, their genetic diversity drops too. A new study has demonstrated what conservation can learn from study subspecies of tigers at the genetic level. 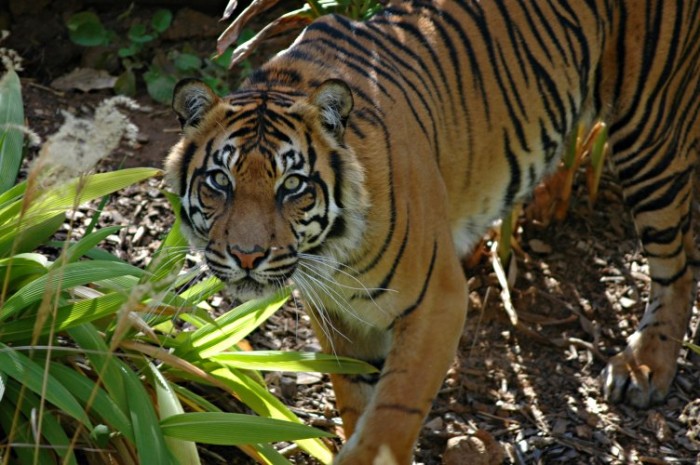 Despite being one of the world’s most charismatic species, tigers face uncertain futures primarily due to habitat fragmentation, human-wildlife conflict and poaching. As global tiger populations decline, so does their genetic diversity. But until now it’s been unclear how the animals’ dwindling numbers are affecting them at the genetic level.

To find out, researchers at Stanford University, the National Centre for Biological Sciences, India, and various zoological parks and NGOs sequenced 65 genomes from four of the surviving tiger subspecies. Their findings confirmed that strong genetic differences exist between different tiger subspecies but showed, surprisingly, that these differences emerged relatively recently, as Earth underwent a major climatic shift and our own species grew increasingly dominant.

The research, detailed in a new paper published in the journal Molecular Biology and Evolution, shows how genomics can help guide conservation efforts toward wild tigers and other species, said study co-leader Elizabeth Hadly, the Paul S. and Billie Achilles Professor in Environmental Biology in the School of Humanities and Sciences.

“The increasing dominance of humans across the world means that our understanding of which attributes of species and populations are best suited to the Anthropocene becomes ever more important,” said Hadly, referring to the proposed geological epoch marked by significant human impact on the environment.

“Some populations are well adapted to a future dominated by humans and our new climates and others are not, so any type of management of species should be informed by what we can glean from their genomes. Conservation genomics is far from a perfect science, but this tiger study hints at the power of adequate sampling across both the species range and its genome,” added Hadly

The study reveals that the world’s existing tiger subspecies began exhibiting signs of dramatic and recent contractions starting only around 20,000 years ago – a period that coincided with both the global transition out of the Pleistocene Ice Age and the rise of human dominance in Asia. As recently as 100 years ago, there were as many as 100,000 wild tigers living in Asia. Today, about 3,900 remain in the wild, occupying a mere four percent of their former range. Wild tigers are hunted to meet the demands of the $20 billion a year illegal wildlife market. Tiger parts are consumed for traditional medicinal purposes across Asia, with a heavy demand in China. Wild tigers are persecuted when villagers take retaliatory measures to protect their livestock and communities. Tiger habitat is increasingly under threat from agricultural developments, especially monocultures like palm oil plantations. Tiger prey, like deer and wild pigs, continue to be overhunted, forcing tigers to attack livestock to feed themselves and their cubs, thus fueling human-tiger conflict. Of all the big cats, the tiger is the largest—and the closest to extinction.

Each subspecies of tiger the team studied showed unique genomic signatures as a consequence of their increasing isolation from one another. For example, local environmental genomic adaptation to cold temperatures was found in the Siberian (or Amur) tigers, the northernmost tigers found in the Russian Far East. These adaptations were absent in the other tiger subpopulations studied. Tigers from Sumatra, meanwhile, showed evidence of adaptations for body size regulation, which could help explain their overall smaller size. Despite these adaptations, tigers from these populations have low genetic diversity, suggesting that if populations continue to decline, genetic rescue may need to be considered.

One form that rescue might take is through the mating of different tiger subspecies together as a way of increasing their genetic diversity and protecting against the ill effects of inbreeding. Inbreeding occurs when populations are so small and isolated from other populations that related individuals breed with each other. Over time, this leads to lower genomic diversity and to the emergence of recessive diseases, physical deformities and fertility problems that often result in behavioural, health and population declines. Although increasing genetic diversity is one goal, another might be to select for inherited traits that confer higher survival in a changing world.

Even Bengal tigers from India, which comprise about 70 percent of the world’s wild tigers and exhibit relatively high genomic diversity compared to other subspecies, showed signs of inbreeding in some populations, the study concluded.

“Some Bengal tiger populations are essentially small islands surrounded by an inhospitable sea of humanity. These tigers cannot disperse and so have only their close relatives to choose as mates,” Hadly said.

While many studies investigating endangered species using genomics sequences from a single or just a few individuals, this work reiterates that individuals are not likely to be representative of a population or species status. Further work investigating the consequences of potential inbreeding and diversity declines across the subspecies are needed.

First author Ellie Armstrong, a Stanford PhD student in Hadly’s lab, adds: “As genomics has become available to conservation, it is apparent that collaborative studies to investigate the diversity within species are critical. Inferences made from single genomes, while excellent additions to our knowledge of diversity in general, cannot be extrapolated to entire species, especially when using captive animals to infer adaptation to complex habitat change.”