Climate change has already had an influence on marine populations, but is it possible these same populations are in turn altering the climate?

By Guest Bloggers on 26th September 2011 in Climate Change 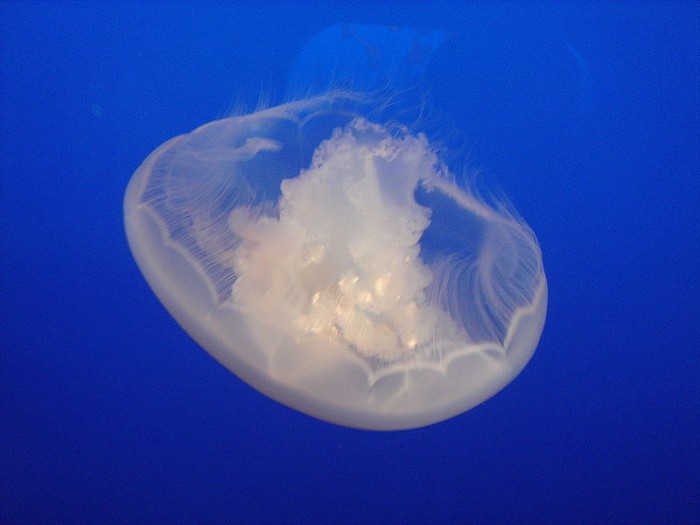 Image: By FASTILY (I created this work entirely by myself.) [CC-BY-SA-3.0 (http://creativecommons.org/licenses/by-sa/3.0) or GFDL (http://www.gnu.org/copyleft/fdl.html)], via Wikimedia Commons

In 1953 Charles Darwin’s grandson, also called Charles, created a model which showed how an object moving through a fluid will carry some of that fluid with it. He applied this to the oceans and the marine life within them to suggest marine populations have the ability to mix water. However, he was never able to prove his theory.

The wind and tides are known to influence ocean circulation; therefore differentiating the effects of marine populations poses a challenge. Scientists of the 21st century have been able to use dye to observe how water around a jellyfish is transported, thus overcoming the problem and adding weight to Charles’ theory. There are two mechanisms by which jellyfish were found to alter water movement. The first is caused by the shape of a jellyfish’s head; the bell shape pushes water out behind the body in a smoke ring pattern. The second shows how a cone of water is dragged along with the jellyfish as it moves through the oceans. These mechanisms can result in the movement of water separate to that caused by the wind and tides, and can even cause the vertical movement of denser water towards the surface, and warm waters to be moved from the surface downwards.

This water movement within the oceans, highlighted by the jellyfish studies, can be applied to a large number of marine creatures. The combined effect is thought to be large enough to affect global ocean circulation and therefore the Earth’s climate.

Climate change has already had an influence on marine populations, but is it possible these same populations are in turn altering the climate? Populations of marine species, including jellyfish, have increased in some areas, and by applying Charles’ theory it can be assumed that the greater the population, the greater the effects on the ocean circulation will be. Conversely, over-fishing could result in a reduction of the ocean circulation effects of marine life as well as a reduction in nutrient mixing. These effects are so far little understood and human interference could have unknown impacts.