A team of scientists have taken advantage of digitised records of Canadian butterfly collections to show how butterfly flight times are changing as our planet heats up. 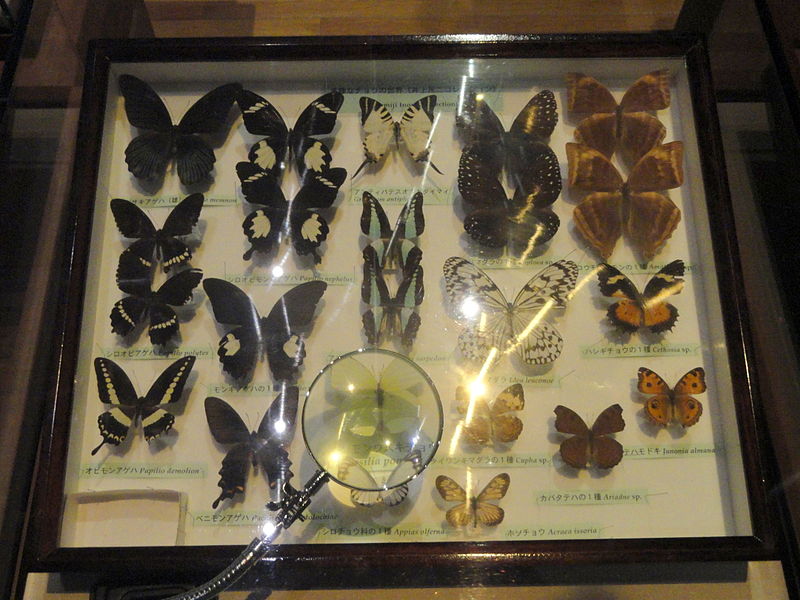 Image: By Daderot (Daderot) [CC0 or CC0], via Wikimedia Commons

Museum collections are being utilised in order to investigate how climate change is affecting some species. Plant records have already revealed how flowering times have responded to warming, but records for animals have rarely been considered. Until now, as a team of scientists have taken advantage of digitised records of Canadian butterfly collections to show how butterfly flight times are changing as our planet heats up.

The timing of flight season in a variety of butterfly species is responsive to temperature, so is a good indication of how altering due to climate change. The scientists searched collections of more than 200 species of butterflies, consisting of 48,000 observations from across Canada between 1871 and 2010, and matched the date that the specimen was collected with data from weather stations from the same period. The results, published in Global Change Biology, document that butterflies possess a widespread sensitivity to spring temperatures. Flight season has occurred on average 2.4 days earlier per degree Celsius of temperature increase. This translates to an average shift in flight season timing of 0.2 days per decade throughout the past 100 years. As temperatures continue to rise, this shift will only increase. They also found that those species with the earliest flight seasons and those species that fly longer distances will be particularly sensitive to climate change.

The implications of butterflies emerging early and their flight season occurring early is that they could encounter frost and die, or food plants they rely on may not be available so they may starve. Butterflies also provide an early warning signal for how other wildlife in the ecosystem may respond to climate change.

The study proves how valuable museum collections are to future research, as they consist of hundreds of thousands of specimens from all over the world and, in some cases, date back centuries. The authors of the study say that they are “an under-exploited resource of ecological data and can provide a window into the past, and potentially the future.” Museum records provides information on a species’ geographical distribution, timing of life cycle events (as this study demonstrates) and they are especially useful for understanding how species are reacting to climate change.

As the value of museum collections is realised, more studies like this one will surely emerge. In the meantime, initiatives such as the Global Biodiversity Information Facility are working to make data available for everyone, and provide an insight into the many changes species around the world are experiencing.