North American birds are facing threats from human-caused habitat loss, and it is predicted to become worse as climate change impacts all stages of the birds’ lives – whether they are breeding, wintering or migrating. 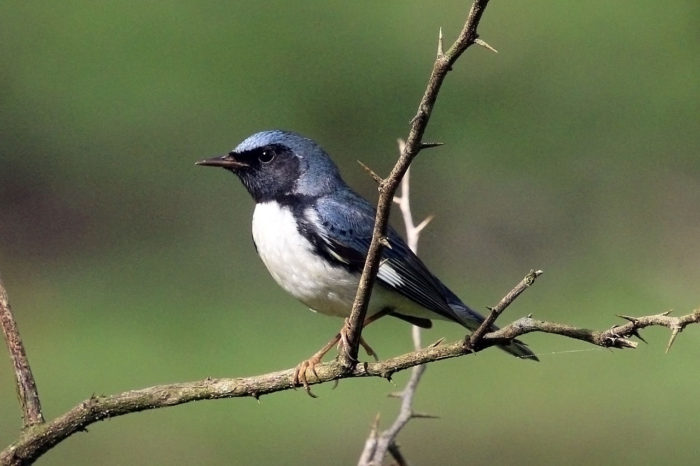 Within the next few decades, human-caused habitat loss will emerge as the greatest threat to some of North America’s native birds, and the problem will be most severe on their wintering grounds. This was the finding of a study published in Global Change Biology, in which the authors state that by the end of the century, predicted changes in rainfall and temperature will compound the problem for birds that breed in eastern North America and winter in Central America.

Migrant wintering grounds are vitally important to the birds because they spend a greater proportion of the year in these places. “This is really the first study to measure the combined impact of climate change and land-use change over a bird’s full annual cycle,” says lead author Frank La Sorte at the Cornell Lab of Ornithology. “Typically, studies tend to focus on the breeding season. If you do that, you’re missing the real story which is inherently dynamic and complex. We found the species we studied spend up to 60 percent of the year on their wintering grounds in Central America, where they occur in higher numbers and densities. That means more individuals of more species are likely to be exposed over a longer period of time to habitat loss as people continue to convert forests to cropland or grassland.”

The scientists behind the study ran dozens of scenarios to predict what the future might hold for 21 species of birds, most of them either flycatchers, vireos or warblers. They used observations that volunteers had made between 2004 and 2014 to establish where and in what density the species are found throughout the year. Then, they layered in climate change projections for temperature and rainfall as well as habitat data – land-use changes and the location of protected areas.

It was discovered that the loss of wintering habitat in the near future will likely be magnified by the long-term effects of climate change. By the end of this century the species featured in the study are expected to encounter several significant changes. Greater warming (a surface temperature increase of 5oC) will occur on the northern breeding grounds and during autumn migrations. An increase of around 3oC is projected on their wintering grounds. There will be less rain on the non-breeding grounds – a projected decline of 20% of more during summer would reduce the habitat and food available to birds arriving after the autumn migration. Conversely, there will be more rain on their  breeding grounds, approximately 25% more during the winter, which could enhance vegetation growth and increase insect densities for returning spring migrants – a positive trend, but only if the birds arrive at the right time.

By examining their full life cycle, it is clear that birds face a host of challenges all year long. It is just the intensity of these challenges that shift, depending on whether the birds are breeding, wintering or migrating.

This study shows that any short-term conservation actions will be most effective if they are targeted to the times and places that birds face their biggest threats. Knowing what may lie ahead in the long term underscores the need for action right now to offset the impact of climate change.