Federal scientists estimate that the Arctic region contains up to 15 billion barrels of oil. Burning this, however, could release an additional 15.8 billion tons of carbon dioxide into the atmosphere – the equivalent to all US transportation emissions over a nine year period. 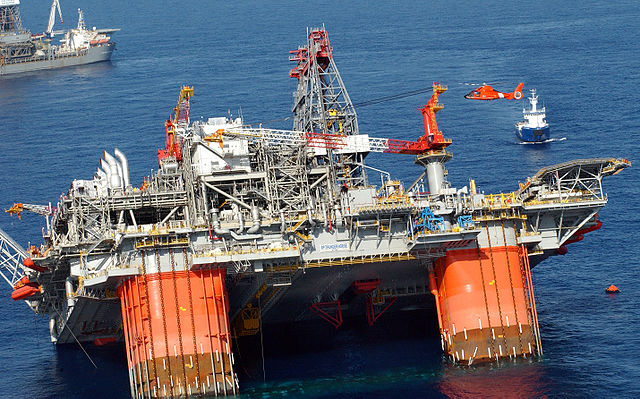 The US government has made the disastrous decision to grant permission to Royal Dutch Shell to conduct exploratory drilling for oil in the Chukchi Sea in America’s Arctic Ocean. This is despite the administration’s strong commitment to working towards mitigating climate change.

The decision to approve the drilling permit was made even though the government estimates there to be a 75% chance of one or more spills of more than 1,000 barrels of oil during the lifetime of the lease, from exploration to development. With hurricane-force storms, 20 foot swells and frigid temperatures this is likely. If this does happen, the nearest US Coast Guard station is 1,000 miles away and detecting and containing spilled oil could be impossible due to broken ice, summer fog and rough sea conditions. An accident in the Arctic could be even more devastating than the 2010 Gulf of Mexico spill.

Margaret Williams, managing director of WWF-US Arctic programmes, said: “[The] decision to move closer to allowing fossil fuel extraction from the Chukchi Sea – home to majestic wildlife and a place where extreme weather, gale force winds and rough seas make operations and response to spills extremely difficult – is a backward move at this time. Without proven technologies to clean up potential spills, offshore drilling is too great a risk to America’s Arctic. We have so many better energy choices, including promising technologies that provide clean ways to power our lives without harming the planet.”

Federal scientists estimate that the Arctic region contains up to 15 billion barrels of oil. Burning this, however, could release an additional 15.8 billion tons of carbon dioxide into the atmosphere – the equivalent to all US transportation emissions over a nine year period. This is not compatible with the goal of holding global warming to less than 2oC in order to prevent disastrous consequences, especially in the Arctic, where temperatures are rising twice as fast as anywhere else and sea ice and snow are melting at record levels.

Yet the region is home to walrus, beluga and bowhead whales, seabird populations and the entire US population of polar bears, so Shell still needs to receive authorisation from agencies such as the US Fish and Wildlife Service before it can go forward with drilling wells. Environmentalists are working hard to ensure that these permits are not granted. Hundreds of kayakers, or “kayaktivists” have taken to the water in Seattle to protest the arrival of a 400 foot long, 353 foot tall Royal Dutch Shell oil rig, joined by hundreds more on land.

They are right to be worried – Shell were forced to halt its Arctic exploration in 2012 when its drilling rig ran aground near Sitkalidak Island, Alaska. In addition, in April another of its rigs failed a Coast Guard inspection of some of its pollution control equipment. With Shell’s bad safety record, and the vulnerability of the Arctic environment, many are hoping that those 15 billion barrels are left in the ground