Home › Articles & Blogs › Not Guilty: Dingoes Did Not Cause Mass Extinction

Not Guilty: Dingoes Did Not Cause Mass Extinction

Dingoes may now finally have been cleared of the charge of causing mass extermination of two of Australia’s most iconic, and once widespread, species. 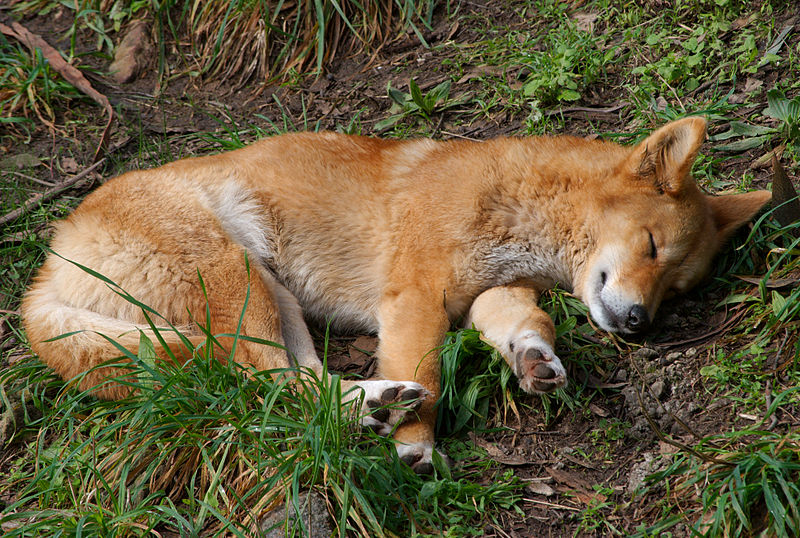 Thanks to public perception of dingoes (an Australia breed of wild dog) as sheep-killers, it has long been believed that an explosion in their numbers was the cause of the extinction of the Tasmanian tiger, also known as the thylacine, and the Tasmanian devil from mainland Australia. However, new research has proved that they are not to blame.

The study, conducted by researchers from the University of Adelaide and recently published in the journal Ecology has concluded that, instead of dingoes, it is more likely that climate change and Aboriginal populations are responsible. Thylacines and Tasmanian devils went extinct on the Australian mainland about 3,000 years ago, just after dingoes were introduced to the continent, hence why they were believed to be the cause. But what has been overlooked in the past is that at about the same time the climate changed quite abruptly and Aboriginal populations were going through a period of major intensification, through population growth and advances in technology.

The researchers created a complex series of mathematical models to mimic the environment of this time in history, and examine the interaction between the main drivers of extinction – climate, human populations and dingoes – and the viability of the thylacine and Tasmanian devil populations. Their simulations revealed that, while dingoes had some impact, it was the growth and development of human populations, possible aided by changes to the climate, that was the most likely cause of extinction of these two species from the mainland.

The Tasmanian devil still survives on the island state of Tasmania not because dingoes were absent, but because human density was low and because climate change was less abrupt there. However, it has been threatened by the deadly devil facial tumour disease since the late 1990s. The thyalcine survived on Tasmania until the 1930s, with the last wild individual being killed in 1930 and the last captive animal dying in Hobart Zoo in 1936. Rather shockingly, the cause of death is thought to be neglect. Film footage of the last thylacine can be found here.

Dingoes may now finally have been cleared of the charge of causing mass extermination of two of Australia’s most iconic, and once widespread, species. And previous research, published in the Proceedings of the Royal Society B, has shown that they may also be beneficial to many small native animals. Dingoes hunt red foxes, which themselves prey on these small animals, and they hunt kangaroos which compete with them for plant food. Without dingoes, they would have not food to eat and would be over-hunted. In total, 16 threatened species are protected simply because dingoes are present.

Research is proving that the bad press dingoes have received seems to be unjustified and, although they are not native to Australia, they play a valuable role in the continent’s ecosystems.