The Turtle Dove is one of England’s most threatened farmland birds. Since the 1970s, it has declined by 93% and there has been a reduction in breeding attempts from up to four per year to just one. 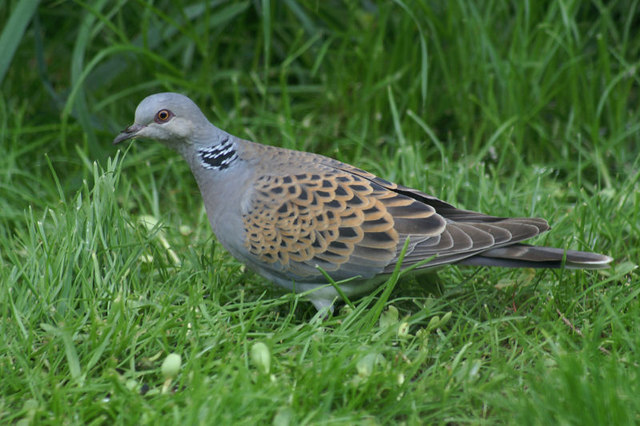 The Turtle Dove is one of England’s most threatened farmland birds. Since the 1970s, it has declined by 93% and there has been a reduction in breeding attempts from up to four per year to just one. The Turtle Dove was once widespread in England and Wales but no longer breeds in Wales, and there are fears that it could soon disappear from England too. There are only a few strongholds remaining in SE England and East Anglia, but changes in farming practices (that have reduced the amount of small seeds from wild plants that the birds need) are taking their toll, as are the hunters who shoot them on their migration route.

Now, there are renewed fears thanks to last summer’s cold and wet weather since this made it difficult for them to feed their chicks and keep them warm, resulting in fewer chicks surviving. The result is that this summer’s population is likely to be lower than ever. BirdTrack, an online project which uses data from volunteer wildlife recorders, notes that just 2% of recorders’ lists in May featured Turtle Dove sightings, compared with 3.5% last year. Thankfully, the weather this year was much better and, in East Anglia, more chicks have survived and left the nest than last year.

To help the birds, the RSPB has called on landowners in areas where they breed to grow crops. They can sow Turtle Dove seed mix which provides optimal foraging habitat, or cultivate uncropped margins that allow arable weeds to flourish. This can be done voluntarily or as part of their Environmental Stewardship agreements.

The RSPB has also teamed up with Natural England, Pensthorpe Conservation Trust and Conservation Grade to launch Operation Turtle Dove. Launched in May 2012, this 3 year project aims to research the causes of decline of the birds and investigate measures to help them. As well as encouraging farmers to sow crops, they are also studying the Turtle Dove’s migration routes to Sub-Saharan Africa, and targeting conservation work on their wintering grounds.

The measures being put into place to help the Turtle Doves will also help other species, for example, the seed mix and arable weeds will benefit pollinating insects such as butterflies and bumblebees, which need all the help they can get at the moment. Intervention from conservation organisations is helping Turtle Doves, but time, and the weather, will tell if we are to lose them from this country forever.