Fingers crossed over the next 25 years we should see polecats continue to spread and consolidate their population throughout Britain.

By Alex Taylor on 1st February 2016 in Animal Conservation 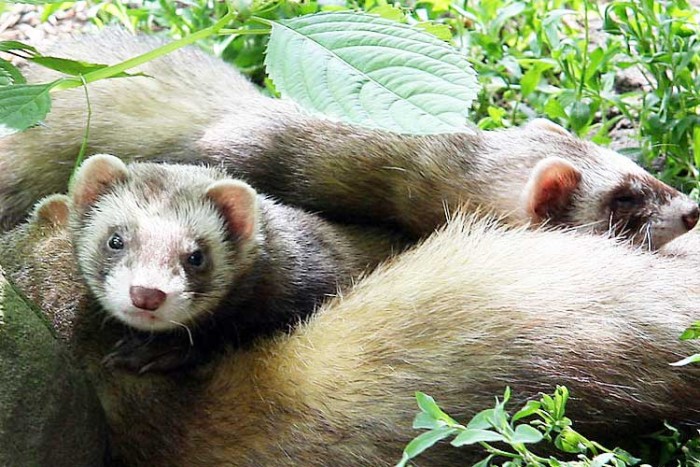 The European polecat, a member of the weasel family with its familiar bandit-like facemask, is native to western Eurasia and North Africa. Once found throughout Britain, they were pushed to the brink of extinction around 100 years ago. They were probably one of the most hated mammal species in the country at the time, because they were considered to be pests due to their appetite for chickens and small game birds. They were killed by trapping in their thousands, causing an extensive population decline.

However, a new survey carried out by the Vincent Wildlife Trust has revealed that polecats are making a comeback. The Trust carried out a nationwide survey, the results of which show that the animals are spreading into areas where they have not been seen since that mass killing 100 years ago. Lizzie Croose, mustelid conservation officer for the Vincent Wildlife Trust, led the survey and said: “It’s brilliant, it’s a real conservation success story. This is something we really need to celebrate, the recovery of a native carnivore that we once almost lost completely.”

The last surviving polecats had retreated to Wales and some remote parts of Scotland but they have now moved east into Suffolk and Norfolk, and north into South Yorkshire. A population that was introduced into Cumbria in the 1980s is also continuing to do well. Lizzie Croose says: “Polecats are turning up in areas where they haven’t been seen for over 100 years, so they have re-colonised really extensive parts of England. The main reason for their comeback is that they are not being persecuted so much now. Polecats are legally protected, so that has resulted in a real reduction in trapping and killing, so polecats have been able to recover and spread across the country once more.”

In Scotland, polecats are found in Perthshire, Argyll and Caithness, but are mating with ferrets, their domestic cousins, so many polecats in Scotland are now hybrids. There is also an increasing number of polecats dying from ingesting poisoned rats, and by being killed on roads. Polecats have generally been doing well in Europe but numbers have declined on the continent too, with scientists unsure as to why this has happened.

Yet conservationists remain optimistic about polecat recovery in Britain. The Vincent Wildlife Trust states: “Provided that no new serious threats emerge to halt the current recovery, it seems likely that the polecat will become widely re-established in mainland Britain.”

Natural history presenter Chris Packham told the BBC: “Fingers crossed over the next 25 years we should see polecats continue to spread and consolidate their population. I love the idea that polecats could be living out there. I don’t necessarily need to see them, I just need to know they are there – maybe just seeing their poo, or footprint or prey remains. The fact they are now out there, back in England, in my lifetime, that has to be counted as a success. It’s one of the great natural recoveries.”