By Amy Featherstone on 15th January 2013 in Conservation Campaigns 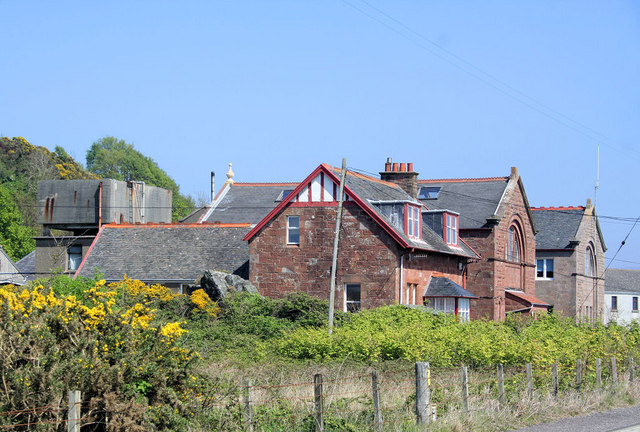 I signed a petition this week to stop the closure of the University Marine Biological Station Millport. I didn’t know about it until an email dropped in my inbox from an old colleague of mine, and making this public seems to be a priority. Apparently, news of the closure was announced shortly before Christmas, and a meeting of the Board of Trustees is being held on Wednesday 30th January which is expected to recommend closure of the station by the end of 2013. I know the government has to cut funding somewhere, but is this really the place? I thought I would share some of my memories of my time there and see if I can drum up some support. This week’s blog is not about conservation as such, but an attempt to raise awareness and save a piece of marine science history.

I think first I should give you a quick low down on what it says on the petition (which you can sign here if you see fit). The petition reads: “UMBS Millport is a unique and irreplaceable marine and coastal biology facility based on the Isle of Cumbrae in the Firth of Clyde. For over 100 years the Millport Marine Station has been a crucial part of a network of research stations round the UK and European coasts. In the last 30 years it has also become a leading teaching facility, with over a thousand students visiting each year to experience first-hand marine and coastal science: experiences that they take on into their lives and work as researchers and opinion formers.”

Yep, I’m one of those thousand students that had the chance to study here briefly in 2011 (an intense 2 week field course). My most vivid memory is the library. Oh my, the library. It was just full of journals and my perfect study place. It was quiet and didn’t have the hum of thousands of computers, there was only 2 that I can remember. As the field course was so full on, this was where I spent most of my time (on average 3 hours sleep a night) and I couldn’t think of a better place for it. Millport was also the place that I went on my first ever trawl. They had big tanks that we put our live catch into while we sorted and identified them. I saw my first pipefish here and we found out that my friend Louise is allergic to starfish!

There is also various populations of marine mammals around the Island and the boats of the marine station are brilliant ways to observe them. The mammal highlight on our trip was loads of otters (which Louise kept missing), oh and a seal which was so close to our trawl that we could almost catch it. There was another seal which hunted every morning at around 5:30/6 in a bay not far from the marine station. As we were up that early every morning to check on our periwinkles, it was a nice walk to say hello.

Like many before me, it was here at Millport that my passion for the marine environment really came alive. It was here that I decided to try to make a difference. So much so, that I start writing my Masters applications a few days after I got back (once I caught up on all the lost sleep). I’m sure there are more of you out there who have been to University Marine Biological Station Millport, and I’m sure some of you fell in love with it just as I did. Then please sign the petition, and attempt to save a bit of scientific history. And of course, share any memories with us in the comments box.