By Alex Taylor on 17th September 2014 in Marine Conservation 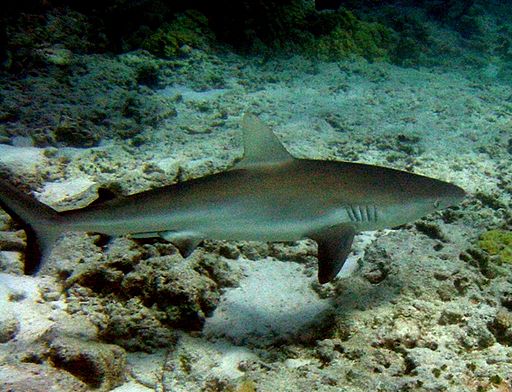 To examine distribution patterns and habitat associations of sharks, the scientists behind the study deployed 2,500 baited, remote underwater video stations across the entire Great Barrier Reef Marine Park, and monitored the videos for a 10-year period. This allowed them to record and identify the sharks that were attracted to the bait. The video stations were located at depths of between 23 and 377 feet (7 and 115 metres) which is deeper than most divers studying sharks can go. Unlike other studies of sharks which involve divers catching them, the use of these video stations did not disturb the sharks at all.

Sharks appeared in footage from 614 stations and in about a quarter of the videos. In total, 21 different shark species were recorded. The scientists also identified what types of habitat the sharks preferred – in each video the proportion of coral cover, plants and algae, filter feeders such as clams and sponges, soft coral and bare sand or mud was noted.

The relative abundance of sharks was significantly higher in areas closed to fishing in the marine park. But the sharks also preferred areas with high coral cover within these protected areas. Mario Espinoza from James Cook University who led the study explains: “Some sites that had more coral cover and that were more complex usually had more sharks than those that were all sandy and muddy without any live cover. Sites with more corals also tend to have more fish, and more fish means more food [and] resources for sharks… Our results suggest that healthy reefs make good shark habitat, and may be just as important for improving shark numbers as protecting sharks from fishing… This is particularly important because recent findings from a study published by scientists from the Australian Institute of Marine Science has shown a 50% declines in coral cover on the Great Barrier Reef since 1985. This large decline of coral cover is likely to have negative effects on a wide range of marine species, including shark populations.”

The authors hope that this comprehensive study emphasises how important coral reef health is for the future of shark populations, and that it may help others better understand the role of reef health in assessing the benefits of marine-protected areas for sharks.