As the wealth of nations such as China and Taiwan has increased, so has the demand for shark fins, resulting in a rise in the number of threatened species of sharks from 15 in 1996 to more than 180 in 2010. 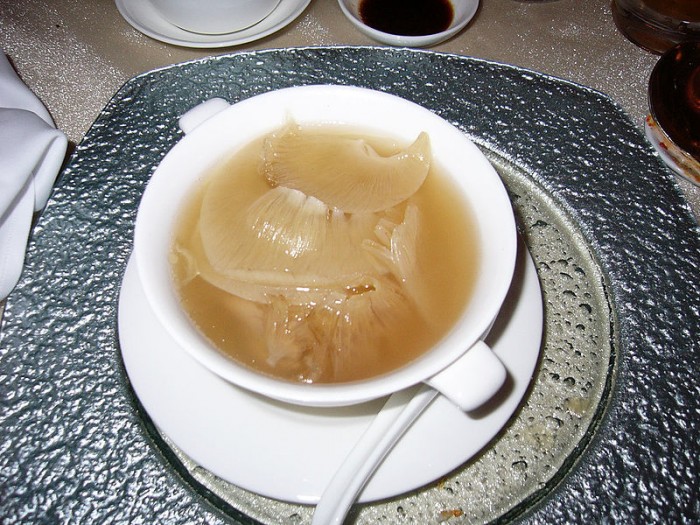 Shark finning is the cruel and wasteful practice of removing fins from sharks, often while they are still alive, to meet the demand for the staple ingredient of shark fin soup in the Far East. Each year, around 73 million sharks are killed for soup that is tasteless and provides no health benefits, despite claims to the contrary. As the wealth of nations such as China and Taiwan has increased, so has the demand for shark fins, resulting in a rise in the number of threatened species of sharks from 15 in 1996 to more than 180 in 2010.

In the European Union, shark finning was banned in 2003, however a loophole still existed that meant that the ban was being ignored and sharks were still at risk. The EU continued to issue special permits which allowed the sharks to be finned on board vessels, and land the fins separately from the sharks’ bodies. In fact, the EU is one of the largest exporters of shark fins to Asia, even though one-third of European sharks and ray species are listed as threatened by the IUCN. Throughout the world, EU vessels catch more than 100,000 tonnes of sharks and rays every year.

Fins and carcasses can no longer be landed at different ports

In 2006, the European Parliament called for improvements, and in 2010 urged the European Commission to propose an end to the removal of shark fins while at sea. Finally, after years of debate, 566 MEPs in the European Parliament have now voted to support a ‘fins naturally attached’ policy proposed by the European Commission. This means that shark carcasses cannot be processed on board vessels, but must be landed with their fins attached, bringing to an end live shark finning in EU waters and by EU vessels elsewhere in the world. It also means that fins and carcasses can no longer be landed at different ports, a practice which made the enforcement of existing protection measures impossible. The decision was welcomed by conservation organisations. The Shark Alliance, a coalition of more than 130 organisations dedicated to science-based shark conservation, said that it was, “a major milestone in the global effort to end the wasteful practice of shark finning.”

The only countries to object to the proposals were Spain and Portugal, the only two EU Member States that still issue permits. However, more and more countries worldwide are implementing their own ‘fins attached’ policies, including the United States and Taiwan. Finally, sharks are beginning to receive the protection they deserve.