The great whales, like blue, sperm, grey and right whales, are slowly making a comeback. There are now more than a million sperm whales and tens of thousands of grey whales. 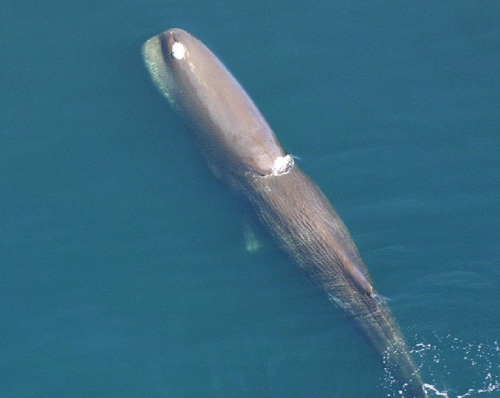 Commercial whaling decimated whale populations until the 1970s, when the global ban came into force. By then, an estimated 66-90% of whales had been killed. It is likely that their absence altered the structure and function of oceans, but as their numbers increase are they making ocean ecosystems healthier?

The great whales, like blue, sperm, grey and right whales, are slowly making a comeback. There are now more than a million sperm whales and tens of thousands of grey whales. But it seems like their influence within ocean ecosystems have been underestimated, because when ocean studies began, large whales were mostly absent. However, in recent years and with more whales in the oceans, technology has allowed scientists to tag and track whales, and gain a better understanding of how important cetaceans are.

A new study published in Frontiers in Ecology and the Environment has reviewed several decades- worth of research on whales around the world. The authors report that, because whales feed at great depths and then return to the surface to breathe, they mix up the water column. Micro-organisms and nutrients are spread through different marine zones, which can lead to feeding bonanzas for other creatures. Whales recycle nutrients and release them, especially iron and nitrogen in their urine and excrement, which supports plankton growth – a process known as a “whale pump.”

Whales also migrate long distances, travelling thousands of miles from productive feeding regions at high latitudes to calving areas at lower latitudes. When they do this they bring important nutrients with them, described by the study’s authors as a “conveyor belt.” Even their placentas can be an important food resource for other organisms, and whale deaths are also helpful. When a dead whale’s body comes to rest on the sea floor, it provides a vital habitat for dozens, or possibly hundreds, of species that are found nowhere else.

The scientists note that new observations of whales and a more accurate understanding of historical whale population dynamics “are likely to provide evidence of undervalued whale ecosystem services. This area of research will improve the estimates of the benefits – some of which, no doubt, remain to be discovered – of an ocean repopulated by great whales… The focus of much marine ecological research has been on smaller organisms, such as algae and planktonic animals. These small organisms are essential to life in the sea, but they are not the whole story.”

Commercial fishermen have not always been whales’ biggest fans, accusing them of eating the fish they are trying to catch. Yet the new study proves that this perceived risk of increased competition as whale populations recover is false. “A recent investigation of four coastal ecosystems has demonstrated the potential for large increases in whale abundance without major changes to existing food-web structures or substantial impacts on fishery production,” the study stated. Lead author Joe Roman from the University of Vermont, also said: “Our new review points to several studies that show you have more fish in an ecosystem by having these large predators there.”

Future research will focus on field studies which document these process in more detail and reveal more about the positive impact the return of the great whales is having on our oceans and the other species that live there. Their continued recovery will also help buffer marine ecosystems from other stresses, especially important as climate change brings rising temperatures and ocean acidification.