Sniffing Rats May Save Pangolins

African giant rats are being trained to sniff out pangolins being trafficked for illegal trade. 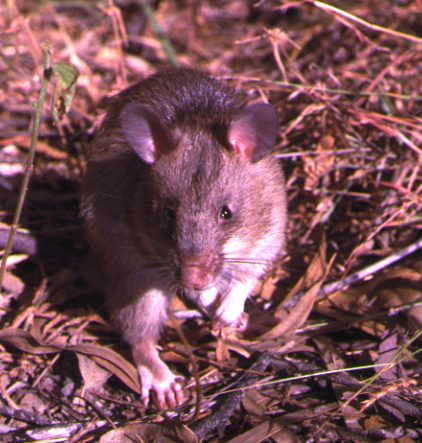 The pangolin, a scaly anteater, is the world’s most trafficked animal. Their meat is considered a delicacy in Vietnam and some parts of China, and its scales are used in traditional Chinese “medicine.” More than one million pangolins have been killed over the past decade, prompting all 182 nations of the Convention on the International Trade in Endangered Species to unanimously agree on a total ban on international trade on all species at a summit in September this year.

Pangolins may also have a new champion, in the form of rats. Some African giant pouched rats have already been trained to sniff out mines and other explosive material on old battlefields in Angola, Mozambique and Cambodia. They can also detect tuberculosis and can screen thousands of samples every month. But now, the organisation who trains the rats – Apopo, a non-profit group based in Tanzania – plans to harness their incredible sense of smell to detect pungent pangolin remains, as well as illegal hardwood timber, being smuggled on the black market.

Wildlife contraband is concealed among vast numbers of shipping containers that leave Dar es Salaam in Tanzania, Mombasa in Kenya and other African ports every year. Currently, 10 to 15 rats are being trained to detect illegally traded wildlife, with the hope that, as well as pangolins and timber, they will be able to detect hidden elephant ivory and rhino horn. The US Fish and Wildlife Service has provided $100,000 to support what it says could be “an innovative tool in combating wildlife trade.”

The rats in the project will ‘socialisation training’, which means that they will be carried around on people’s shoulders and in their pockets so that they get used to sights and sounds. They then undergo ‘click and reward’ training – the rats are fed a treat whenever they hear a clicking sound. They will eventually learn to link the smell of pangolin scales with edible rewards. Later, the intensity of the pangolin smell will be reduced, and other smells added, so that the rat learns to pick out the pangolin smell amongst other confusing ones. The ultimate aim is to train the rats to scratch or linger over the smell for three seconds, which alerts their handlers to a possible find.

The idea is based on the use of scent detection in dogs, with the added benefit that the rats’ agility and size mean that they can access vents in the shipping containers. These vents provide the most air from the containers, and potentially the most scent. The handlers can send rats fitted with leashes and harnesses into hard-to-reach areas,

possibly even with small cameras attached to their bodies.

However, the training takes time so it may be another year before the rats are ready to be put to work. But the potential for this new approach to help catch the smugglers and protect endangered species is great.