The findings of our study are both good news and bad news. The good news is that veterinary use of diclofenac in India has decreased significantly; the bad news is that it has not stopped completely. 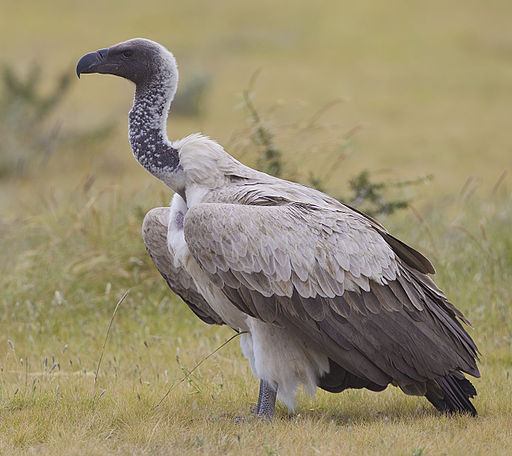 As recently as the 1980s, vulture populations across Asia were abundant. The Oriental white-backed vulture was so common in India it was probably the most abundant bird of prey in the world. But then vultures began dying all across India and in neighbouring Pakistan and Nepal. Three species of South Asian vultures faced extinction, and the Oriental white-backed vulture declined by 99.9% in just 15 years.

The cause was discovered in 2004 – the powerful anti-inflammatory veterinarian drug called diclofenac. The drug is used to treat livestock, but can remain in the body of the animal for up to 10 years after it has died. When vultures feed on the carcasses of animals treated with diclofenac, the drug is absorbed into their bodies and causes kidney failure. In fact, just one carcass with diclofenac is enough to induce renal failure in the entire vulture population of the surrounding area.

Thankfully, the drug was banned, first in India in 2006 and followed by outlaws in Nepal, Pakistan and Bangladesh. New research has shown that, between 2005 and 2009, the number carcasses containing diclofenac has halved, and the number of vultures dying in India has been reduced by more than a third. However, the study also found that 6% of carcasses are still contaminated with the drug, despite it being illegal to treat livestock with it. Vulture-safe alternatives are available, but diclofenac is still licensed for human use and Indian pharmaceutical companies are still manufacturing it in vials large enough to treat livestock, therefore some veterinary surgeons and livestock owners continue to use it.

Dr Toby Galligan from the RSPB and co-author of the study said: “The findings of our study are both good news and bad news. The good news is that veterinary use of diclofenac in India has decreased significantly; the bad news is that it has not stopped completely. Six percent of livestock carcasses remain contaminated with diclofenac, which equates to 1 in 200 vultures dying from diclofenac poisoning every time they feed. This might not sound like much, but we know that the death of three in 200 vultures per meal was enough to have caused the catastrophic declines. We’ve come so far and this is turning into one of the biggest conservation success stories ever – an additional South Asia-wide ban on diclofenac in vials larger than 3ml will contribute greatly to the recovery of vultures.”

Despite the vulture deaths diclofenac has caused in Asia, it has now been authorised for use in the European Union and could cause another ecological disaster there, warns BirdLife International. The drug can be used to treat domestic animals in Italy and Spain, where 80% of European vultures live. Four species of European vultures face threats to their survival, including the Egyptian vulture which is listed as Endangered, and the Cinerous vulture, listed as Near Threatened on the IUCN Red List. Decades of conservation efforts and the investment of millions of euros have allowed vulture populations to recovery, but the introduction of diclofenac puts this recovery in jeopardy. “An immediate ban on veterinary Diclofenac is needed to protect our vultures from the fate of their Asian cousins. It would also send a crucial signal encouraging African countries to stop the spread of diclofenac, which is already affecting the highly endangered populations of African vultures,” stated Rebecca Langer from BirdLife International.

West Africa has seen a 95% fall in vulture numbers, and the Masai Mara National Reserve in Kenya has lost around 62% of its vultures. The declines have been caused by accidental or intentional poisoning, habitat loss, electricity pylons, wind turbines and a decrease in their natural prey. Yet so-called vulture restaurants have been proved to be effective at protecting vultures from these threats. A study published in Animal Conservation supports the idea of humans helping vultures by dragging wild or domestic carcasses to a fixed location in the savannah to provide a safe source of food. The scientists actually said that they saw no difference between this and putting out nuts and seeds for birds in our gardens. They found that, in Swaziland, vulture restaurants have resulted in an increase in vulture numbers to the point that they may even start to recolonise other regions which have lost their vultures.

Nevertheless, there may be negative consequences to vulture restaurants, as they may attract unwanted land mammals. A six year study (published in the African Journal of Ecology) in South Africa, consisting of scat surveys and camera traps, discovered a surge in the abundance of jackals and hyenas at the sites with extra food. At the Mankwe Wildlife Reserve, jackals became 6 times more abundant, and hyenas showed a 54-fold increase. This inadvertent boosting or rearranging of mammalian scavengers could have serious consequences for other species, and for the spread of diseases such as rabies.

The authors of the study, therefore, recommend putting up fences around vulture restaurants to exclude unwanted mammals, and distributing the extra meat in random locations instead of in just one place which would imitate a more “naturally-occurring food source.” Louis Phipps, one of the authors from Nottingham Trent University says: “Our study indicates that, while vulture restaurants are a potentially useful tool for conservation, the wider impacts of their use need to be investigated – particularly as unintentional local increases in the abundance of other species are likely to alter ecosystem dynamics.”

Vultures are a key part of ecosystems and play a vital role in cleaning up carcasses, recycling biomass and reducing the risk of infectious diseases like anthrax. Their populations must be allowed to recover, and our intervention by banning diclofenac and providing safe food sources will go a long way to achieve this.