The six species have now been updated to either ‘endangered’ or ‘critically endangered’ status on the Red List. 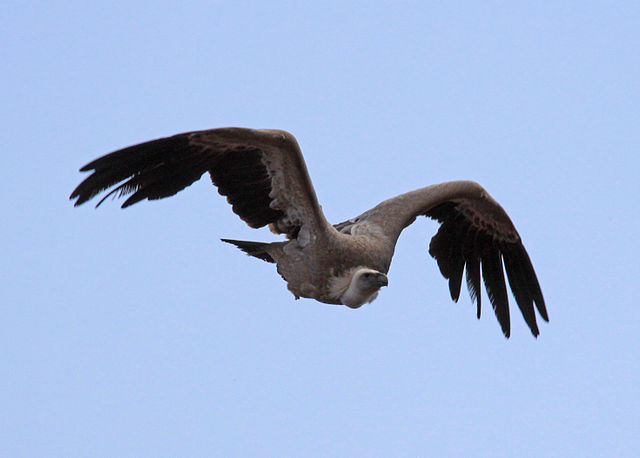 The latest assessment of bird species has recently been carried out by BirdLife International for the IUCN Red List of Threatened Species. This revealed that six of Africa’s eleven vulture species are now at a greater risk of extinction. Vultures are not only the continent’s largest and most recognisable bird of prey, they provide a vital service to humans by scavenging carcasses and stopping the spread of disease.

Populations of vultures have plummeted throughout Africa. Since the late 1980s, 98% of West Africa’s vultures outside of protected areas have disappeared. Half the population of Gyps vulture species in the Maasai Mara reserve in Kenya have vanished, and in South Africa the number of Cape vultures has declined by 60-70% over the past 20-30 years.

The main cause of the declines are thought to be indiscriminate poisoning (the birds are drawn to poisoned baits set to kill mammalian predators that feed on livestock), the use of vulture body parts in traditional medicine, and the deliberate targeting by poachers, because the presence of the birds can alert authorities to illegally killed big game carcasses. Between July 2011 and 2014, at least ten such poisoning incidents were discovered, which resulted in the deaths of at least 1,500 vultures across six southern African countries. Vultures are also electrocuted by power lines, collide with wind turbines and have their habitat destroyed by human activities.

Vanishing vultures pose a potential health risk to humans and livestock because it could mean that numbers of other scavengers may rise. Ross Wanless of BirdLife South Africa said: “Vultures are important. They come in, they clean up and they leave. Other scavengers like rats and jackals will eat a carcass and then will go after livestock or become a pest to humans. And if vultures are removed, their numbers can increase.” Vultures also help stem the spread of disease on the world’s poorest continent by eating carcasses that would otherwise rot.

Dr Julius Arinaitwe, BirdLife International’s Africa Programme Director, said: “As well as robbing the African skies of one of their most iconic and spectacular groups of birds, the rapid decline of the continent’s vultures has profound consequences for its people – as vultures help stop the spread of diseases by cleaning up rotting carcasses. However, now we are becoming aware of the sheer scale of the declines involved, there is still just enough time for conservationists to work with law-makers, faith-based organisations, government agencies and local people, to make sure there is a future for these magnificent scavengers.”

In total 40 more bird species are now classified as having a higher risk of extinction in the 2015 Red List. One of these is a bird very familiar to us – the Atlantic puffin. However, the report also contained some good news. Twenty-three bird species have been downgraded to lower threat categories, some of which have undergone remarkable recoveries thanks to conservation action.