The rusty patched bumblebee now has protection under the US Endangered Species Act, after threats such as habitat loss has caused an 87% decline in numbers since the 1990s.

By Alex Taylor on 17th January 2017 in Bees, Policy & Legislation 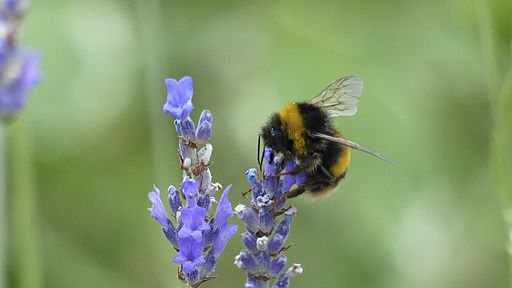 The rusty patched bumblebee is now the first bumblebee species in the continental USA to receive protection under the US Endangered Species Act. The listing was finalised earlier in January after a five-year campaign by environmental groups. Full protections will go into effect in February.

The bumblebee is a North American native. It was once found in the grasslands of the eastern and midwestern United States, with habitat covering 28 states, as well as two Canadian provinces – Quebec and Ontario. However, since 2000 habitat loss (resulting from agricultural expansion) has restricted it to just 13 US states and only Ontario. A Fish & Wildlife Service report published last year stated that the bees populate only 8% of their former habitat. Since the late 1990s, the population of the rusty patched bumblebee has declined by 87%.

The populations that are left are threatened by at least one factor, for example continuing habitat loss or declining genetic diversity due to the small number of individuals within populations. Agriculture threatens bees by limiting the amount of vegetation available, and exposing them to pesticides that badly affect their health. Climate change and pathogens are additional threats.

Diseases are often spread from managed bee populations into the wild. Thankfully, any activity that could harm or kill the bees is now illegal, including releasing disease-carrying domestic bees into their range. The new protection means that the wellbeing of the bees must be considered when approving any developments or activities that may affect them.

Under the Endangered Species Act, the Fish and Wildlife Service must make a recovery plan for the species. This may include actions such as mitigating pesticide use in the bee’s habitats or altering land use. Inclusion on the endangered species list also bumps up the bee in priority for conservation grants.

“We know there are many species of native bumblebee that are threatened with extinction in North America,” said Sarina Jepsen, director of the endangered species programme at the Xerces Society. “The rusty patched bumblebee’s decline has been well documented, and that enabled us to develop a petition for this species. The Endangered Species Act is actually incredibly effective at recovering of endangered species, and our agency tasked with the recovery of endangered species now has the authority to act on this species.”

Bumblebees are essential pollinators of wildflowers and about a third of all US crops, from blueberries to tomatoes. The pollination services provided by insects, mostly bees, have been valued at an estimated $3 billion.