Once again, sea otters are helping to demonstrate that the conservation of one species can have significant benefits to many others. 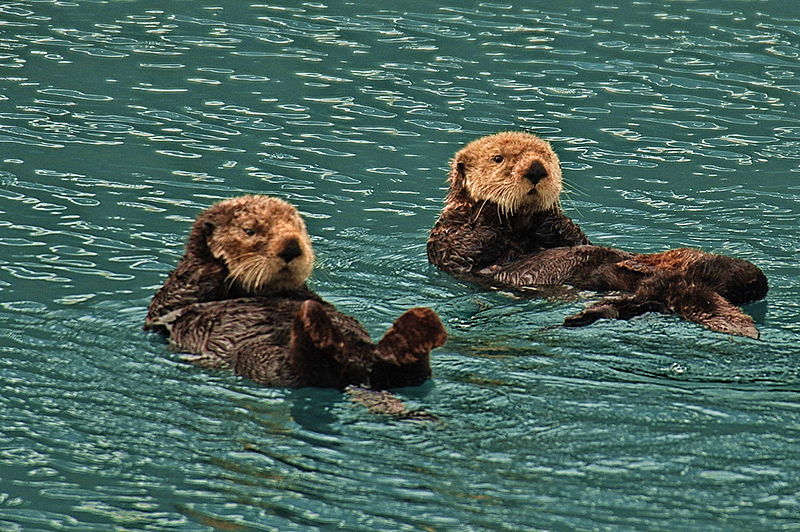 Last year, I wrote about the way in which sea otters help combat ocean acidification as they protect forests of kelp, which absorbs carbon dioxide. As they are predators at the top of the food web, sea otters play a crucial role in the ecosystems in which they inhabit. Now, a new study has shown that they significantly improve the health of seagrass, an important coastal habitat.

Seagrass acts as coastal protection as it enhances the stability of the shoreline, and is also an important nursery habitat for many species of fish. Like kelp, it soaks up carbon dioxide from sea water and the atmosphere, thus helping with climate change. Its importance for all of these factors makes it what is known as a “foundation species”. But it is under threat from pollution, from the increasing use of nitrogen-rich fertilisers via urban and agricultural run-off, and is therefore declining worldwide.

In one of California’s largest estuaries, the Elkhorn Slough in Monterey Bay, urbanisation on a huge scale led to seagrass heading on a road to extinction. However, scientists have proven that the health of seagrass in the Elkhorn Slough has significantly improved, with their results being published recently in the journal Proceedings of the National Academy of Sciences. Researchers examined seagrass levels over the past 50 years, mapping their increases and declines. They considered a number of factors that may have caused these fluctuations, but the only factor that matched the changes was the fluctuation of sea otter numbers. They discovered that the animals had triggered a chain reaction of events (called a trophic cascade) that had led to the recovery of seagrass.

More nutrients in the water (from nitrogen pollution) had caused the growth of algae, which grows on the leaves of seagrass, shading them from sunlight and causing them to die back. Small invertebrates, such as sea slugs, eat this type of algae and keep it from smothering the seagrass. However, crabs prey on these invertebrates, and if there are too many crabs, they will eat too many invertebrates, resulting in more algal growth as there are fewer invertebrates to eat it. Sea otters eat huge amounts of these crabs, and with the return of the otters, the crabs were kept in check and more invertebrates were surviving to eat the algae.

This is a complex relationship but was an important discovery. A ban on sea otters moving along the coast to southern California had been in place, because it was feared that sea otters would have an adverse effect on fisheries, but was lifted last year. These findings mean that there is a huge potential benefit to the degraded estuaries near San Diego and Los Angeles. Despite high nutrient levels, the presence of sea otters will counteract the pollution and help seagrass beds to expand.

Once again, sea otters are helping to demonstrate that the conservation of one species can have significant benefits to many others.