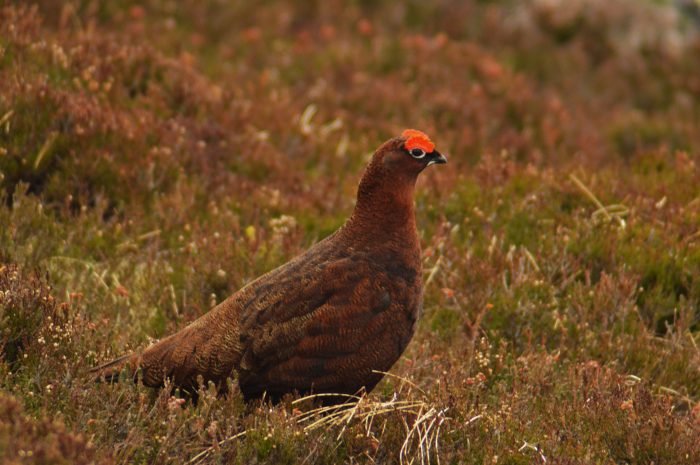 This week, Mark Avery‘s petition to ban driven grouse shooting reached an all-time high of 67,400 signatories, with still over a month to go before its close date on the 20th September. The petition itself, supported by the League Against Cruel Sports, Bill Oddie, Chris Packham and many others, now seemingly on its way to reaching 100,000 signatures. A milestone which campaigners hope would result in the issue being debated in parliament. The petition itself can be found at the end of this post.

Elsewhere, Chris Packham recently launched a series of videos on his personal website (found here) highlighting what he – and many others, it would seem – believe to be the negative side effects of DGS. In one video, he makes particular reference to Marks and Spencer for their continued sale of Red Grouse, branding the meat as “toxic” and claiming that he will no longer be giving his custom to M&S stores. Indeed, in his latest video, Chris also cites a study referenced in Inglorious, which found one particular sample of grouse meet to contain roughly 3000x the acceptable level of lead found in shop bought meats such as pork and chicken.  Whether M&S choose to supply Grouse again this year remains unclear with the store claiming that it will make the decision based on stock later in the year. Inglorious is set for publication again, very soon, this time with an updated chapter regarding events in the months since its first publication.

Of course, Mr Packham’s claims have garnered their fair share of criticism, with some believing that, by campaigning, he is breaching the BBCs code of neutrality and is exploiting his position to further personal gains.  With Peter Glenser, chairman of the British Association for Shooting and Conservation, claiming that: ‘Chris Packham abuses the exposure afforded him as a BBC personality to continually espouse an ill-formed, anti-shooting agenda‘ and a BASC spokesman labelling his claims as a “blatant misrepresentation“.

By far the most resounding criticism has, however, come from the Countryside Alliance, who once again have renewed calls for the BBC to take action against Mr Packham. A recent statement by CEO Tim Bonner can found here. The BBC have, to date, stood by Chris although the Countryside Alliance are now pushing for the BBC Trust, who recently conducted an investigation into the naturalists behavior to immediately publish their findings.

Adding fuel to the fire, last week it was revealed that a number of illegally set traps were unearthed on the Invercauld Estate in the Cairngorms National Park. The unlucky victim, on this occasion, a Common Gull, which due to the injuries sustained was subsequently euthanised. More details of this case can be found on the Raptor Persecution Scotland blog and RSPB recently released a statement condemning the actions of those involved. While the estate also spoke out and appeared to suggest that the events could relate to a ploy undertaken in an effort to discredit the grouse shooting industry.

A claim which, it would seem, has not washed with the RSPB, who recently withdrew their support for the governments Hen Harrier Action Plan and have openly called for the licensing of grouse shoots.