Home › Articles & Blogs › Fracking: The New Danger for the Environment?

Fracking: The New Danger for the Environment?

The main reason the process is so controversial is the possibility of chemicals leaching. 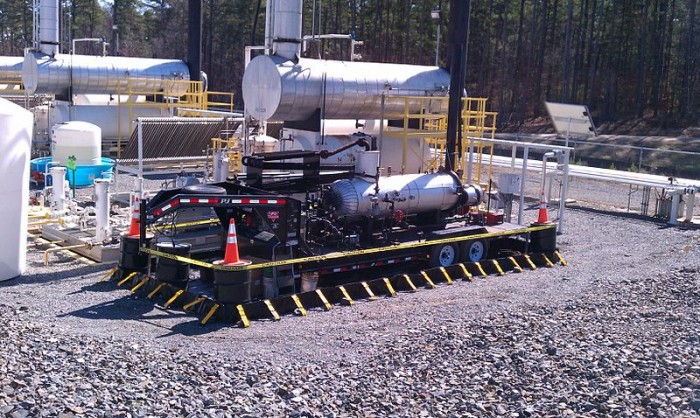 What is Fracking? This is the process of drilling down to shale then setting off small explosions in order to release the stored gas. Sand, water and other chemicals are then injected at high pressure, allowing the gas to exit at the head of the well. The main reason the process is so controversial is the possibility of chemicals leaching.  So why do it? The main reason for this venture is money. It would boost both local and global economies, ( as previously seen when shale gas lead to a glut in the global markets) with fuel companies estimating that there is £70 billion of the stuff in Wales.

There is currently a company waiting to begin fracking test operations in Blackpool, which has now been suspended after major protests occurred within the area and damming words from the Green party. The main fear for the surrounding area is the contamination of water supplies such as aquifers. This is mainly because the local area is responsible for around 30% of the UKs water supply.

There have also been many allegations surrounding the safety of fracking, especially in the US, leading their EPA to launch a study looking at the potential impacts of fracking on the environment, both as physical damage but also with the chemicals they use. Questions about fracking has meant that it has already been banned in France, New York and New Jersey, as well as in Quebec and the Swiss canton of Fribourg.

So why haven’t we? Well, An Energy and Climate Change report stated:“Despite believing emissions from gas are lower than from coal, they are still far higher than from many low-carbon technologies, and can therefore contribute little towards our emissions targets.” Which is vague about their stance on the matter.

At the moment, the jury is still out as far as the government is concerned. If you want to know more, or get involved, take a look on http://www.campaigncc.org/.