Home › Articles & Blogs › Laughing Brings you Back Down to Earth

Laughing Brings you Back Down to Earth

This past two weeks have certainly added a new dimension to things in Lancashire with regard to mammals.

By Guest Bloggers on 30th August 2011 in UK Conservation Perspectives 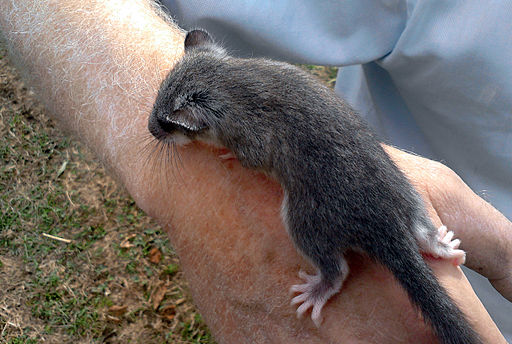 Image: By Alexlancashire (Own work) [CC-BY-SA-3.0 (http://creativecommons.org/licenses/by-sa/3.0)], via Wikimedia Commons

Well I can’t say that I have to eat my own words every week, though it does happen quite a lot! This past two weeks have certainly added a new dimension to things in Lancashire with regard to mammals.

I found myself laughing, or scoffing, at the very idea of an enquiry to the Wildlife Trust about someone having found a Dormouse. In any organisation like this or the Mammal Group, there are always various enquiries, coming across desks. This time, I actually laughed at the idea of a Dormouse in Lancashire, let alone near Fleetwood. It’s going to be another wood mouse, I thought, though I had just been told that yellow necked mice had been found in Cheshire and could be moving northwards. The most likely place I would assume for a dormouse, would be in Arnside and Silverdale, as there is a historical South Cumbria population.

We asked for photo’s as I discussed it at reception, and so I went back to work.

Then the photos came in, clearly showing the bushy tail and our native, and possibly cutest, mammal.

After some firing back and forth in conversations with various organisations, it seems it was being kept well, luckily a volunteer and stalwart birder who does the rounds looking after barn owl boxes was on hand to notify us and look after it, but the nearest official breeder was Bedfordshire or the like! Not that practical, and with the signs not being that hot for a remnant population in the area, there needed to be another plan. This meant that one of the nearest and biggest institutions involved in breeding animals were worth a punt. I spoke to a contact in Chester Zoo, who had the perfect expertise and picked up the little mammal. Through this conversation it transpired that our dormice like pheasant feeders (and the food probably!), and low and behold the farm take on pheasants which move around the country (new fact to me). So it seems we have been doing some alterations of the dormouse distribution ourselves beyond the fragmentation or destruction of habitat!! Perhaps we’re delivering them to unsuspecting farms.

NOTE:
It is well worth remembering that dormice are protected by law,  and may not be intentionally killed, injured or disturbed in their nests, collected, trapped or sold except under licence.  Natural England, Peoples Trust for Endangered Species, and Mammal Society are the people to talk to.