Conflict on our Doorstep – Seal Populations and the Fishing Community

Approximately 33% of the world’s common seal population is found in the British Isles (27,430) and 85% of this population in Scotland.

By Guest Bloggers on 21st November 2011 in UK Conservation Perspectives 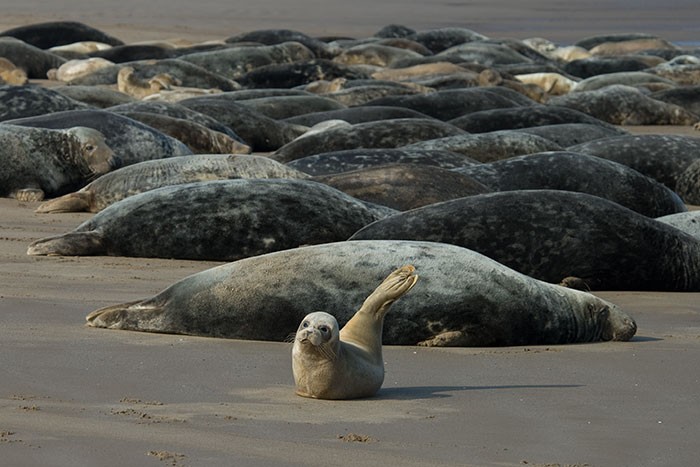 The increase in grey seal numbers has contributed to the conflict with humans, particularly the fishing industry. In many countries around the world an annual seal slaughter takes place to control the size of the populations. For example, in both Norway and Iceland it is estimated 5,000- 7,000 seals are killed each year. Within England and Scotland official seal culls no longer take place. However, there have been suggestions of ‘secret seal culls’ taking place around very remote locations in sea lochs around Scotland. It is thought that the slaughter of seals each year could account for up to 5,000 individuals.

Until recently, the Seal Conservation Act of 1970 was the only legislation controlling the management and conservation of seal populations in the UK. It has been suggested that this act was flawed as it allowed fishers to shoot seals that were within the vicinity of their equipment or fish stock. This allowed unregulated killing outside the closed seasons and also unlicensed killing of seals by fisheries even during the closed season. The recent Marine Act passed in Scotland in 2010 states that the killing, injuring or taking of seals (intentionally or recklessly) without license is now an offence.

The recent introduction of the Marine Act has greatly reduced the actions that fishers can take to protect their equipment and fish stock.  Many would argue that this is a step in the right direction because it will protect seal populations. Others argue it is ruining the fishing industry that has been the life blood of many coastal communities, particularly in Scotland.

Looking at this issue form a conservationist view point, it is easy to say that fishermen have over fished and that is why they are struggling to compete against increasing seal populations. Also, there are many other marine mammals in the oceans around the British Isles consuming more fish than the seal populations ever could, why not blame them? However, looking at the human element, it is possible to sympathise with communities and fishermen working within a very challenging environment and having to watch what appears to be an ever increasing populations of seal taking fish from nets and from fish farms, costing thousands of pounds every year. In addition to this, legislation has been passed that makes is much more difficult to protect equipment and fish stock. I for one can understand the frustration this must cause, but finding a solution that is cost effective, conserves wild populations, while also protecting livelihoods, is a very daunting task.