Home › Articles & Blogs › Why Should We Conserve the Red Squirrel?

Why Should We Conserve the Red Squirrel?

This is an important question. Most of the publicity promoting conservation of red squirrels focuses heavily on the threat from grey squirrels. There is little focus on the ecological importance of red squirrels. 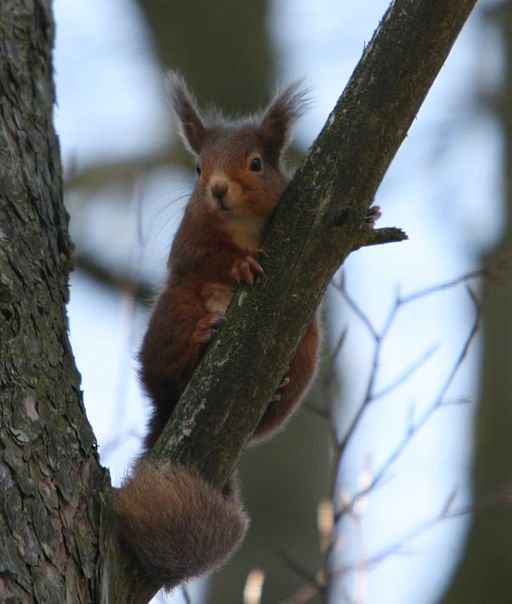 Firstly, both species of squirrel have an almost identical ecological niche; so both have a similar role in an ecosystem. They are both small arboreal mammals that feed on seeds, nuts, berries, fungi etc. This is important for woodland ecosystems, because they spread the seeds of trees and they also spread the spores of mychorrizal fungi. These fungi form symbiotic relationships with trees and are incredibly important to their survival. I have discussed this in another of my articles: “Fungi: the hidden helper of our woodlands”.  Red squirrels are particularly important because they are better suited to spread the seeds of coniferous trees; being specially adapted to feed on the seeds in their cones.  Grey squirrels, however, tend to favour deciduous woodland where many other animals spread the seeds of trees, such as birds. Reds are therefore an important asset in the regeneration of our coniferous woodlands.

Squirrels also strip the bark from trees to feed on sap. This can have an adverse effect on trees, making them susceptible to fungal infections. Unlike reds, grey squirrels have high population densities and therefore can cause significantly more damage to trees. Studies also show that grey squirrels are directly competing with birds that rely on deciduous trees for food and nesting sites.

If red squirrels became extinct in the UK it could have a negative impact on our woodlands, particularly coniferous woodlands, which are favoured by species such as the goshawk, pine martin and wildcat. Grey squirrels fill an already occupied niche, and as well as damaging trees, they directly compete with other inhabitants of deciduous woodlands.