Conservationists revealed that an innovative project has increased numbers of black-throated divers from a low of 180 pairs in the late 1980s, when the project first started, to 240 pairs in 2012. The project aimed to recreate ideal breeding habitat for the birds to nest and raise their chicks. 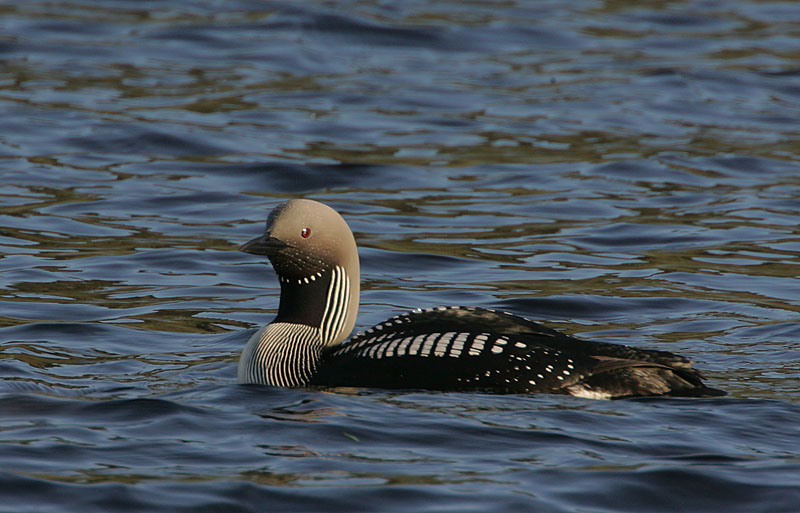 Last week, a post-mortem carried out by vets at the Scottish Agricultural College confirmed that the death of a rare black-throated diver found at Loch Gowan in Wester Ross in Scotland was caused by a gunshot. The body of the bird was found in mid-April, and this attack is believed to be the first of its kind in Scotland. The motive behind the killing is unknown, as black-throated divers pose no danger to any other animal (unlike birds of prey which are persecuted due to the perceived threat to grouse by some gamekeepers). The police have been unable to identify a suspect, so RSPB Scotland is appealing for anyone who has information about the incident to come forward.

However, this news was preceded by happier reports concerning this species. Conservationists revealed that an innovative project has increased numbers of black-throated divers from a low of 180 pairs in the late 1980s, when the project first started, to 240 pairs in 2012. The project aimed to recreate ideal breeding habitat for the birds to nest and raise their chicks.

Black-throated divers breed only in freshwater lochs in the north-west Highlands of Scotland. Breeding success has previously been poor, mainly due to egg loss caused by predators and flooding. These birds are streamlined and extremely graceful in water, but not so on land where they are clumsy. As their legs are set so far back on their bodies, they are poor at walking and instead shuffle around on their bellies. Therefore, they must nest close to the water’s edge, making them vulnerable to changes in water level, particularly on lochs used to generate hydro-electric power. If the water level is too high the nests could flood, if too low the nest may be too far away from the water’s edge for the adult birds to reach it when they return from feeding.

To solve this problem, conservationists devised a unique system of large tethered floating rafts. These are situated in the middle of the loch and are covered in vegetation to provide a stable breeding habitat for the birds. With the co-operation of landowners, the rafts have been introduced onto lochs throughout the region, with successful results. Black-throated divers are a migratory species, spending the winter at sea where they are vulnerable to marine pollution. Here in the UK, they are an amber listed species – a rare breeder with a population historically in decline. This pioneering conservation project has therefore given their numbers a much needed boost.