Will Killing Pine Martens Save Capercaillies?

Pine martens are gradually recovering in Scotland but there are new accusations facing this animal from the Scottish Game Keepers Association (SGA). 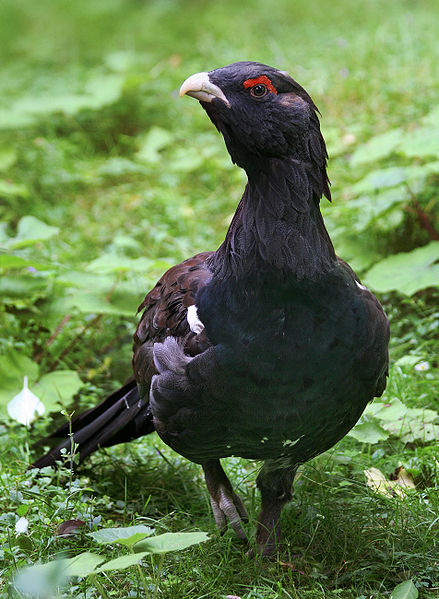 The pine marten is a member of the mustelid family, which includes weasels, otters and badgers. These animals were once found throughout mainland Britain until the 19th century when they were prosecuted by people for their fur, their predation on game and suffered due to habitat destruction. They are now protected under the Wildlife and Countryside Act 1981. They are one of Britain’s rarest mammal species.  Pine martens are gradually recovering in Scotland but there are new accusations facing this animal from the Scottish Game Keepers Association (SGA).

SGA are suggesting that pine martens may affect the recovery of the capercaillie, a large woodland grouse, through predation. This bird became extinct, in Scotland, in the 1700s and was reintroduced in the 1800s using birds from Sweden. The number of capercaillie in 1970 was estimated at 20,000 but since then numbers have dropped drastically with an estimated 2,000 birds remaining. This coulK be due to a number of reasons which are still under debate; some of these include habitat loss, predation and disruption of breeding by weather and lack of food.

SGA are suggesting that predation by pine martens is an important reason for the decline in the capercaillie population and that their numbers should be controlled. However, pine martens diets are very diverse. It is believed that they rely on voles and other rodents as a staple in their diet and play a very important role in regulating their numbers. They also eat insects, birds, carrion, fungi and berries. Pine martens are known to feed on capercaillie eggs but there is no research to support the accusation that this is why the grouse species are in decline.

Hunting capercallies, which is still popular in Sweden, was banned in Britain in 2001 due to the massive decline in their numbers. It has to be said that interest in the recovery of the capercaillie could possibly extend beyond conservation. Thriving capercaillie numbers would no doubt bring about the reintroduction of hunting, from which significant money could be made. Yet, it seems unreasonable to start culling a species which is still recovering in Scotland itself, without sufficient evidence to do so. Not only could it put the stability of our current pine marten population at risk but with no hard evidence to suggest that it will significantly benefit capercaillies it would just be persecution all over again.