Home › Articles & Blogs › Rewilding: Lynx and Livestock in the UK.

Rewilding: Lynx and Livestock in the UK.

Attacks by lynx on sheep, particularly lambs, are known from across Europe and it seems inevitable that lynx would kill sheep here in Scotland. It is important however to put this in perspective. 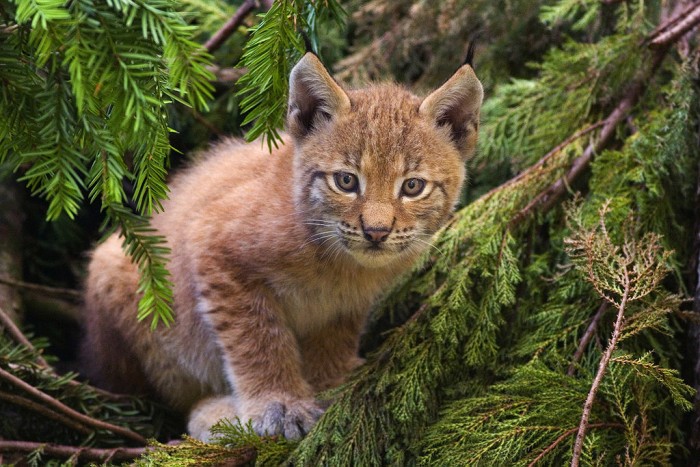 This month saw the publication of yet more material regarding the potential reintroduction of Eurasian Lynx (Lynx lynx) to the British Isles. The piece in question, an essay courtesy Dr David Hetherington of the Cairngorms National Park Authority, comprises a very interesting read and dispenses considerable food for thought. Providing a refreshing change of perspective, the author approaches the topic of Lynx reintroduction absent both the apocalyptic outlook of the rewilding opposition and the sometimes ignorant optimism of those in favour. David offers an overtly grounded assessment of the potential reintroduction of Lynx to Britain. Amid it all he touches on one particularly significant issue. One that sparks animosity amid various factions of the countryside. Factions that must be swayed to avoid halting the momentous advance of the rewilding movement in recent times. I am of course referring to human/wildlife conflict and more specifically, at least in this case, conflict between Lynx and Livestock.

“Attacks by lynx on sheep, particularly lambs, are known from across Europe and it seems inevitable that lynx would kill sheep here in Scotland.” – A bold statement but one born entirely of necessity.  Lynx have evolved to predate small to mid-sized ungulates, not too dissimilar to domestic sheep. As such, where Lynx and sheep coexist, there will always be conflict. “It is important however to put this in perspective” says Hetherington who goes on highlight two vastly different case-studies from mainland Europe. Firstly from Carpathians where levels of Lynx depredation on sheep remain next to nothing, despite intensive shepherding in the area. The second example comes from Norway, where thousands of sheep are killed each year and 2.5 million sheep are grazed in wooded areas throughout the winter. Or as David puts it, “in prime Lynx habitat.” A somewhat confusing situation but one that becomes more transparent when one takes time to examine the diet of L.lynx throughout Europe.

Where they coexist, Roe Deer (Capreolus capreolus) are the preferred prey of Eurasian Lynx (Molinari-Jobin et al, 2007). Roe density is the single biggest factor influencing Lynx distribution in Europe and doubtless has profound implications on sheep depredation each year. A sentiment shared by Hetherington and leant credence by the relatively low abundance of deer in Norway when compared to the Carpathians or the Dinaric Mountains of Croatia, the study site of Molinari-Jobin et al (2007). Here Roe are abundant and pound for pound make up the largest portion of Lynx diet in the region with sheep occurring minimally or not at all. This relationship between Lynx, deer and sheep was studied in depth by Odden et al (2005) whose findings, taken from the Journal of Animal Management, paint a very similar picture. Highlighting that “the probability of Lynx using an area increases with the presence of Roe Deer” and largely ignoring areas grazed by sheep. Stating that “In contrast to what we would expect if sheep were a preferred prey, lynx did not show a selection for sheep grazing areas, and females actually avoided sheep grazing areas.”

When sheep are lost to Lynx this is usually due to sheep entering forested areas, as is the case in Norway. Though even here, despite the high level of conflict, Roe Deer remain the most commonly recorded prey item. At least according to Hetherington. The risk of livestock depredation can be significantly decreased if sheep are moved away from prime Lynx habitat with studies from Switzerland showing that 88% of attacks take place within 200m of the woodland edge thus simply moving flocks can be enough to deter Lynx. Admittedly this can prove rather difficult in heavily forested countries such as Norway but has proven successful in France where sheep are grazed in the open and attacks are relatively infrequent.

The relationship between Lynx and Roe and the forest habitat they share could potentially ease the worries of Scottish landowners opposed to the reintroduction of this enigmatic carnivore. Roe Deer are extremely numerous in Scotland, reaching artificial densities due to a lack of native predators. In his essay Hetherington highlights the fact that when deer densities reach 4 or less per square kilometer that depredation on sheep becomes rare. In Scotland deer can reach double this number or more. Lynx will therefore disperse through wooded areas in order to exploit their natural food source,  echoing trends shown overseas as shown by Odden et al (2005). Furthermore sheep in Scotland rarely enter forested areas, the likelihood of the two animals coming into contact markedly decreased by large scale deforestation over the centuries past.

Conflict with livestock is clearly not a valid reason to block to return of the Lynx to British shores, though admittedly peoples opinions must change substantially before it becomes possible. This will take patience on behalf of those rooted on both sides of the fence, a sentiment Hetherington sums up wonderfully in the closing sentences of his essay. Writing that “it seems unlikely that the lynx will make a return. That is unless we, the people of Scotland, can arrive at a consensus. And that will require listening to, and respecting, other people’s points of view and perhaps being prepared to give a little ground – both ways.”