The squirrel parapoxvirus is mostly asymptomatic in its grey host; it has little or no effect. However, once the virus is transmitted to their red cousin it causes the fatal disease known as “squirrel pox”.

By Richard Hassall on 3rd April 2012 in Ecology, Nature & Wildlife 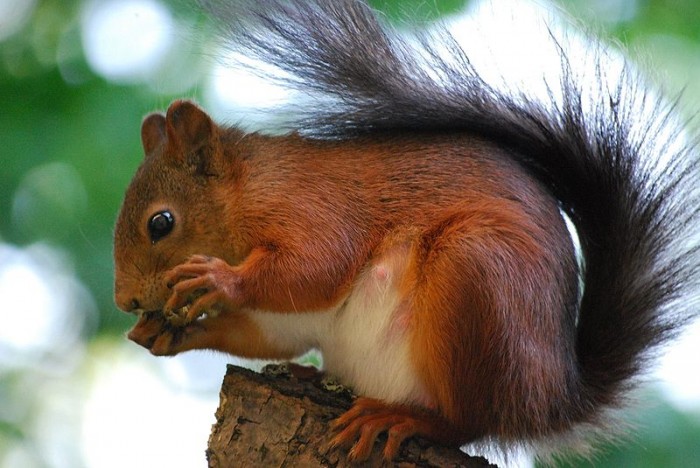 Red squirrel conservation in Scotland is vital to protect the last stronghold of the UK’s squirrel population.  The introduction of the non-native grey squirrel has seen a massive decline in red squirrel numbers throughout the UK. This robust and hardy species poses a great threat as it is able to out compete the red squirrel in mixed woodland (containing both coniferous and deciduous trees) and it carries the deadly squirrel parapoxvirus.

The squirrel parapoxvirus is mostly asymptomatic in its grey host; it has little or no effect. However, once the virus is transmitted to their red cousin it causes the fatal disease known as “squirrel pox”. The disease causes legions, ulcers and scabs on the skin of red squirrels and they become extremely lethargic and eventually die. To date there has been little sign of immunity to this disease in red squirrels.

It is believed that “squirrel pox” had a big part to play in the massive decline of the red squirrel in much of the UK and up until now the virus has been contained to the far south of Scotland, due to effective grey control measures. Now it is a new cause for concern in Scotland. Recently it has been discovered further north in locations towards central Scotland. This leap is worrying as the virus may eventually make its way further north.  The virus is prevalent in grey squirrel populations in both England and Wales where the red squirrel is now nearly extinct. So if the virus finds its way further into Scotland this could be catastrophic for the UK’s red squirrel numbers. Trapping in this area is due to begin so blood samples can be taken from grey squirrels to establish just how prevalent the virus is in this area.