By Chris Foster on 31st December 2012 in Bird Conservation 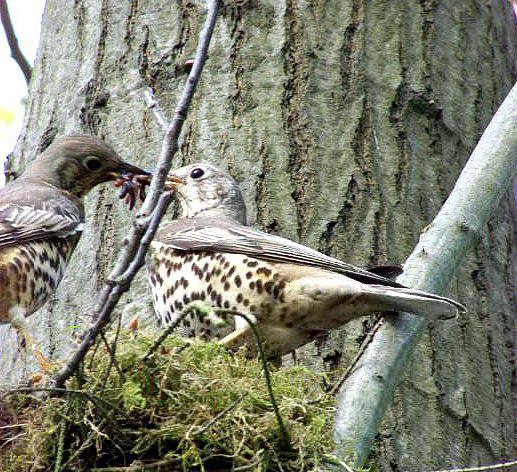 Those familiar with the Christmas story might recall that, as Luke’s Gospel tells it, Mary and Joseph set out for Bethlehem after “Caesar Augustus issued a decree that a census should be taken.” Two thousand years on a Christmas census is still being taken in some parts of the world, but it isn’t people being numbered.

Initially started in 1900 as a subversion of the old tradition of the ‘Christmas Side Hunt’ (the aim of which appears to have been simply to shoot as many things as you could to no particular end), the Audubon Society’s ‘Christmas Bird Count’ now involves 60,000 volunteers in over 2000 count areas, providing a vital snapshot of the health of wintering bird populations in North America. As a team-based event it’s also a great chance to get outside over the festive season and meet others with a common interest, sharing in what is now the world’s largest citizen science event.

Surveying birds in the UK

It isn’t just in America that bird lovers are donating part of their holiday to useful ornithological pursuits. Closer to home, volunteers for the BTO have been heading out up and down Britain looking for winter thrushes. Yesterday saw the start of core mid-winter surveys on randomly selected 1km squares (as opposed to squares chosen by volunteers). Collected over a synchronised period, data from these sites will provide the least biased and therefore most useful set of results to BTO scientists when they come to analyse the results of the 2012/13 winter thrush survey.

Whilst we might think the time to survey the health of a bird population would typically be the breeding season, counting wintering birds gives conservationists more than interesting numbers to mull over. Poor survival of birds over winter has obvious knock-on effects on the number of available breeders the following spring, lowering the number of new recruits into the population each year and ultimately leading to population declines. A change in the numbers or distribution of a wintering bird may, therefore, be an early warning sign of a species in trouble. That’s not always the case: for example, the reduction in Russian white-fronted geese visiting England during the winter can largely be explained by the birds heading for newly warm-enough Holland instead. But even where changes are benign in this way, identifying the cause can help to better understand a species’ basic requirements, or detect wider changes in the environment, either of which may be crucial to future conservation efforts.