This species is widespread in tropical areas, which means that its suspected point of origin is not conclusive. 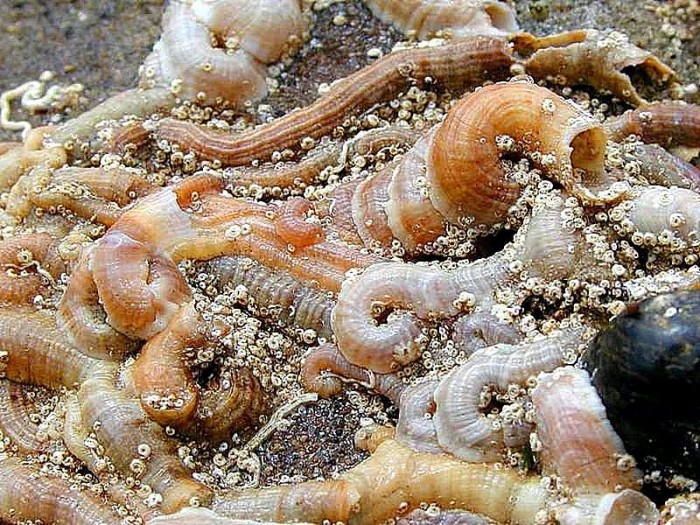 For those of you who are regular readers of this series of blogs, you will realise I have missed out the letter ‘I’. Well, that is because the only species I could think of that was non-native to Britain was a species of phytoplankton called Isochrysis galbana which is used to feed aquacultured bivalves and nothing is known about it. So I passed that one straight to ‘J’.

This week, J is for Janua brasiliensis which is a species of annelid worm. Specifically, the species is a ‘tube worm’ which means it is a worm-like sessile invertebrate that anchors its tail to a surface and can secrete minerals which build a tube around its body. J. brasiliensis is suggested to have been introduced into Britain via the Portsmouth Harbour, in 1974 and is most likely to have come from Brazil. However, this species is widespread in tropical areas, which means that its suspected point of origin is not conclusive.

There are two major theories on how the tube worm was introduced into the UK. The first theory is that it was transported on the hulls of ships that had taken part in the Round the World Yacht Race from 1973-73. It is this theory that states the origin of J. brasiliensis is Brazil as this was the stop in the yacht race before coming back to Portsmouth. Another theory of introduction is that it was introduced as an epiphyte (a species which grows on another species without being parasitic) on Sargassum muticum, an invasive species of algae.

The distribution of J. brasiliensis is limited to Portsmouth Harbour in the UK and there has been no recordings of it spreading. On top of this, there are only two other records of the tube worm establishing itself in European waters, the Oosterschelde, The Netherlands and St. Helier, Jersey . All three of these records have come about as a consequence of monitoring the spread of S. muticum which gives more credibility to the second theory of dispersal. As the records of the species have only been collected as a by-product of another study, it is possible that there are other sites of isolated populations especially on the coasts of the English Channel. It has been concluded that any places where this species could survive have to be warm water, so sites such as coastal power plants would be optimum for survival and thus our observation.

As stated previously, this species’ epiphytic association with the invasive alga S. muticum provides it with a convenient method of dispersal. S. muticum is noted for its habit of casting off its branches in late summer and early autumn which, buoyed up with air bladders, are free to drift in surface currents over long distances. Such drifting (or rafting) plants could transport a large amount of attached J. brasiliensis. Elsewhere in Europe, in both the Goes Canal (Eastern Scheldt) and Havre des Pas (Jersey), records of J. brasiliensis are from sites where S. muticum have already been recorded. Due to the previously mentioned temperature restrictions, the tube worm cannot have as large a dispersal range as its algal host. The temperate local waters mean that there is only a few areas which are suitable for the breeding and survival of J. brasiilensis. However, the elevated water temperatures of enclosed (or semi-enclosed) systems, such as our own Portsmouth Harbour, are the factor which enables the annelid to be successful, if just in limited range.

There is little known about the actual dispersal of this species, and any sightings have only been found by ‘spirorbidologists’. So if you are in warm water areas, keep an eye out and report it to the NNSS, DEFRA or the JNCC (with an image of course).