Look out to our coasts and coastal waters, and it’s there you’ll find our greatest avian riches.

By Chris Foster on 20th September 2011 in Bird Conservation 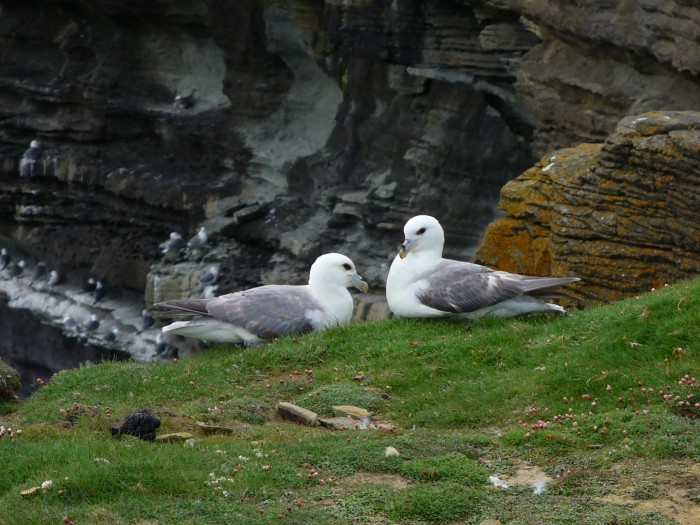 Britain is not a country of superlatives, as I’m sure you may have noticed. On a global scale, our mountains are anthills, and our largest lakes mere puddles. Fauna-wise, too, you could be forgiven for thinking our birds somewhat on the ‘little brown job’ side, with just one endemic species to boast of (though I might like to disagree!). But look out to our coasts and coastal waters, and it’s there you’ll find our greatest avian riches. Especially in the north and west of the country, and on offshore islands, the cliffs of the British Isles teem with raucous, magnificent life.

See how these statistics sound: half a million breeding pairs of puffins, 1.5 million pairs of guillemots. That’s twice as many guillemots as we have greenfinches. The majority of the world’s manx shearwaters and at least 60% of the entire global population of gannets nest on our shores. Gannets are even named for a famous colony in Scotland (Morus bassanus, after the Bass Rock in the Firth of Forth).

Further offshore, nutrient rich waters support an astonishing array of passing marine life, and not just birds. Regular visitors include basking sharks and killer and minke whales, and sightings of leatherback turtles are on the rise, especially in the Irish sea, where they are drawn to increasing numbers of jellyfish. Taking together some of our special responsibilities for species, and the fact that 70% of the area under UK control is covered by the sea, it begins to look as though protection of the marine environment should be at the heart of nature conservation.

Over the next few weeks I’ll take a closer look at some of our spectacular seabirds and other fantastic oceangoing creatures – what makes them so special, but also the myriad threats they face. For now, permit me to suggest two things you could do next:

First, for some breathtaking footage and words from wiser heads, watch the brief clip below about seabirds from the excellent BBC series Birds Britannia. Then, why not take a few minutes to add your voice to an RSPB campaign calling on the government to properly implement marine protection laws that would safeguard wildlife. We’re seriously fortunate to have coasts and seas that still burst with life – the least we can do is take a small step or two to protect them.