I am going to prove to you that it is paramount to a balanced marine environment. It is also very important to marine predators as a source of food. 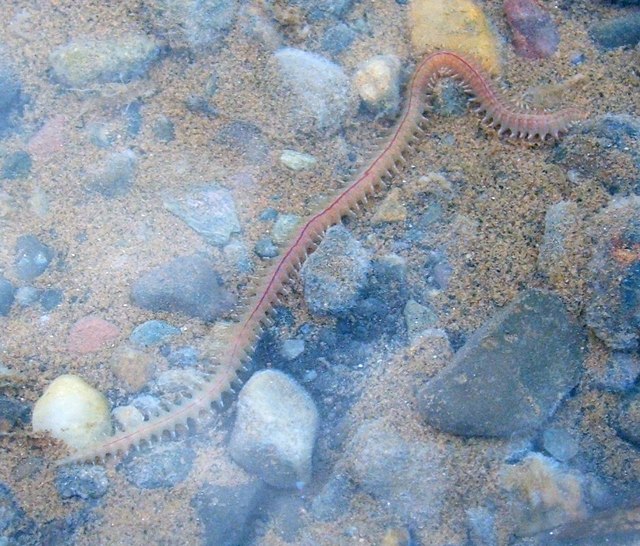 Just like in terrestrial environments, marine sediments vary, usually between sand, mud and pebbles. You might think this does not matter when it comes to conservation, but I am going to prove to you that it is paramount to a balanced marine environment. It is also very important to marine predators as a source of food.

When it comes to the difference between mud and sand, there are several factors, but the main one is particle size. Sediments are measured in a scale, which is directly related to their particle size. The particles in mud are smaller than those in sand, which makes a totally different type of environment than sand. Due to the compact nature of mud, it usually has very low oxygen content. Sand is a yellow colour, because of the oxygen found in it. The anoxic nature of mud leaves the sediment very hard to live in. The fauna that live there must be highly specialised, such as polychaete worms and some types of edible bivalves.

Pebble sediments are usually found in areas where water erosion is not very high. For example, where wave action is not very strong, or the shore is sheltered by another aspect such as cliffs. Pebbles are described by geologists using six scales of ‘roundness’. This type of sediment is rather rare in a marine environment, because it is usually mixed with usually sand or rarely mud.

Sand is not as compact as mud, so the animals that live there have a higher risk of being dug up by predators. This means that there must be a trade-off between the tight sedimentary protections of mud against the oxygen content of sand. Both areas need different types of animal specialisations. These differences in the sediments are also important to marine predators. Some whales and sharks specialise in eating bivalves and other fauna that are found in purely in mud sediment.

This is why it is important not to just conserve the rich sandy areas. Mud is a highly specialised environment and the creatures there are specific to that niche. They cannot be found together in any other ecological niche, especially not with such specific evolutionary traits. They need to be protected, even if the environment is made up of mainly bristle worms.